Questions over tens of millions in 'rushed' Houston airport contracts 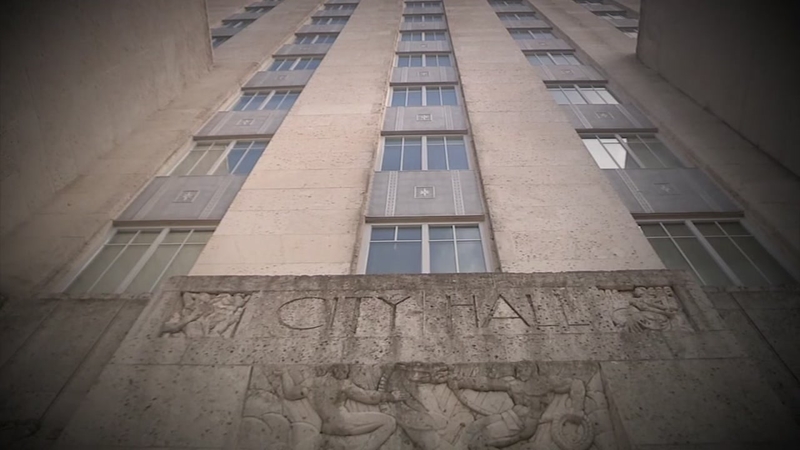 Questions over tens of millions in 'rushed' airport contracts

HOUSTON (KTRK) -- Even with a new mayor on the way in, current mayor Annise Parker isn't slowing down -- but another public official is putting some roadblocks in front of her key projects.

This week, five contracts worth $70 million that Parker wanted signed off on her watch suddenly pulled from the City Council agenda. Those deals were to have helped rebuild Bush Intercontinental Airport's terminal D and could grow to nearly $1.5 billion.

Houston Controller Ron Green, who must sign off on contracts that cost money before they are voted on by City Council, wouldn't do so in this case.

"The airport contracts are being held up in the controller's office," Parker conceded at a December 9 press conference.

Green, it appears, has some serious questions. Parker, on the other hand, said the process is on the up and up.

"We do our contracts straight up," Parker said last week. "I don't negotiate the contracts. I don't tell them how to get picked. There is nothing wrong with these contracts."

But on Tuesday, Green asked three city officials, including the director of the Houston Airport System, to swear under oath that the contracts were done correctly, documents show.

And in back-and-and-forth emails with airport officials, Green asked questions about outside meetings, changing prices and a winning insurance firm that went from last place to first after an face-to-face interview.

Green, who declined comment for this story, did not appear happy with the answers he received.

"I will move forward based on your refusal to answer the questions I actually asked," Green wrote to an airport official December 7.

Green's chief concern, according to emails obtained through the public records act, is that the two-step process of choosing these airport concessionaires has largely been hidden from public view.

Green's questions over the insurance contract may be the easiest to showcase.

Step one: Proposals come in from all sorts of competing companies. There are often hundreds of pages showcasing why each potential insurance company would be the best for the Houston Airport System. Each criteria is scored from one to five. No harm, no foul so far.

Based on step one, records show, the highest-scoring bidder came in at around $3.2 million. The lowest-scoring bid wanted $5.5 million for the job.

But look at step two.

The bids submitted for the contracts were judged in face-to-face interview by a committee of Houston Airport System employees who came up with a group score to pick the winners.

After Step Two there was a new winner: The team of insurance giant Marsh and local company Borris Miles insurance. They had the lowest scores in the first round and the most expensive for taxpayers by almost 100 percent.

The winners? A worldwide firm that employs Councilman Dave Martin and 31 percent of the deal goes to Democratic State Rep. Borris Miles' insurance company. Miles is a long-time friend and ally of Parker. Martin is not a close Parker ally, most contend.

Attorney Ben Westcott said to compare this kind of scoring were allowed during the Olympics.

Westcott is a Houston construction lawyer who has worked with winning and losing bids on all sorts of city deals. He's watched this contract closely, but does not have a client on the winning or losing team.

"It's sort of like a gymnastics or a diving competition at the Olympics," he said. "We would perform our routine, we would get our score, we'd look up at the voters to see who voted for whom and see the scores that they listed, but the signs would be blank. We would have no idea who voted for whom or for how much, but we would just get this consensus score."

Martin recused himself from the vote. He also filed more conflict disclosures than required. He also said he had no involvement with the contract.

Indeed, his firm, Marsh, has thousands of employees worldwide and city officials pointed to the firm as being far more experienced.

Miles didn't call back when we wanted to ask him about his insurance contracts.

"We appreciate the trust that many of Houston's public entities have placed in Miles Insurance and look forward to the opportunity for the vote of Houston City Council to provide service to the Houston Airport System," he said through a spokeswoman.

The other problem critics have is there a perceived rush to get these contracts approved.

"I don't understand that why, on her way out the door, why we are spending and committing the city of Houston to huge obligations when she's the one who raised the red flag, saying we're going to have this huge deficit in the future," Councilwoman Brenda Stardig said.

"Why is there such a big rush to push this out the door when we're going to have a new mayor in just a few days?" he asked.

Parker answered that: "I'm compulsive. I'm a workaholic. If I start it I want to finish it."

There is a chance -- albeit slight -- that the multi-million dollar deals could be on the agenda next week. If not, they are likely to be pushed to next year.