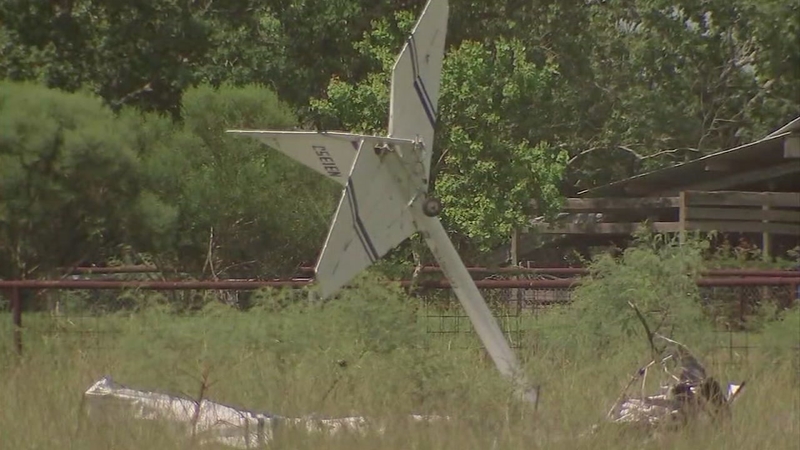 According to the FAA, the incident occurred shortly before 10 a.m. about 300 yards from the runway.

The small experimental aircraft attempting to return to the runway came down in a field near the 11000 block of North H Street.

The FAA described the plane as an Experimental Kolb Twinstar II, telling Eyewitness News it was built by a private citizen and not by a certified manufacturer.

"Thousands of aircraft owners prefer to build their own planes from kits or plans," said Lynn Lunsford, a spokesperson for the FAA.

Jill Mancha, a neighbor who lives nearby, said she was in her home when she heard the plane sputtering in the air.

"As I opened the front door, the plane hit the ground with a thud. Didn't sound like the motor was running," Mancha said.

She tells Eyewitness News she grabbed her phone and ran to the wreckage while calling 911.

When she got to the plane she says it was clear both the pilot and passenger were deceased.

"I prayed over them. I do want the families to know that I prayed and I felt the peace of God around their plane and those men inside there," she said.

The National Transportation Safety Board is sending investigators to the crash site, and the FAA will be assisting with the investigation. The names of the victims have not been released.