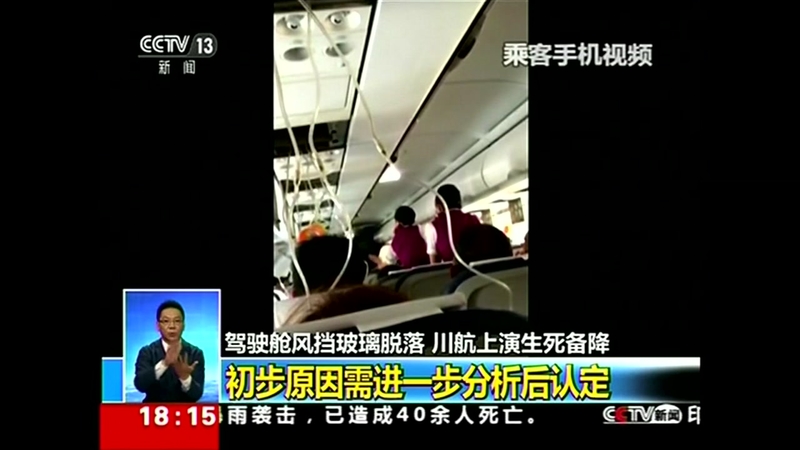 Co-pilot sucked halfway out of plane after windshield cracks

CHENGDU, China -- Chinese authorities and Airbus are investigating why a plane's cockpit window detached during a flight, forcing an emergency landing.

Sichuan Airlines Flight 3U8633 was en route from Chongqing, China, to Lhasa, Tibet, on Monday morning when the cockpit window on the A319 jet broke off, according to the website of the Civil Aviation Administration of China. The co-pilot's seatbelt prevented him from being sucked out of the plane.

The plane made an emergency landing in Chengdu, China. The co-pilot and a flight attendant suffered minor injuries, but none of the 27 passengers were injured, according to a post from Sichuan Airlines on Sina Weibo, which is China's version of Twitter.