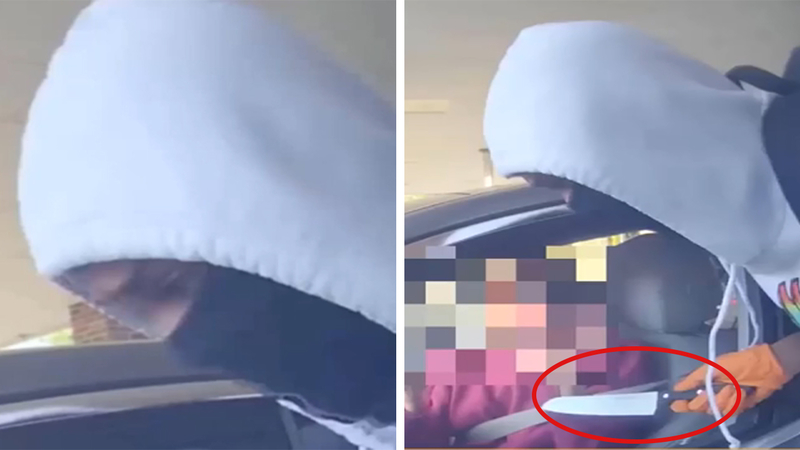 HOUSTON, Texas (KTRK) -- Houston police are looking for a man accused of robbing a woman while threatening her with a knife at an ATM in the Spring Branch area.

The aggravated robbery happened on Feb. 1 around 5:10 p.m. at the ComericA Bank ATM located in the 2800 block of Gessner, according to HPD.

Police released surveillance video of the incident on Thursday. You can watch the footage in the video player above.

According to the victim, the man suddenly appeared, pointing a knife at her and demanding her wallet, while she was using the ATM.

She complied with the suspect, giving him her wallet, according to HPD.

After that, he fled in an unknown direction, police said.

Police described the suspect as a white or Hispanic man wearing a white pullover.