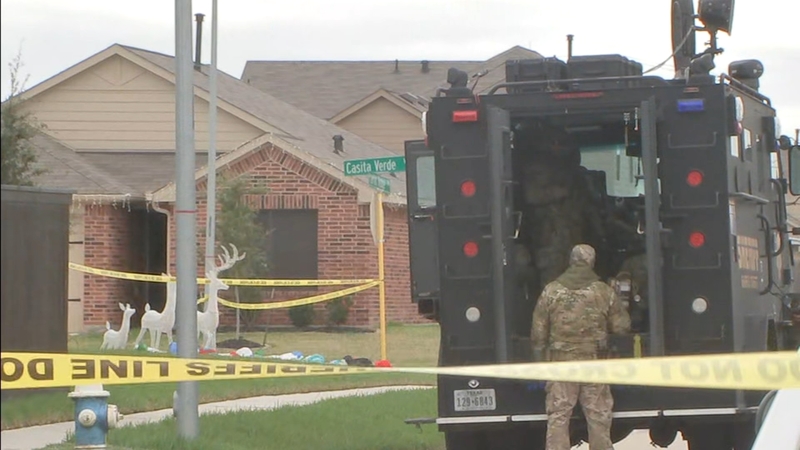 CHANNELVIEW, Texas (KTRK) -- At least six people have been detained following a standoff with aggravated robbery suspects in Channelview.

The situation happened at a home the suspects had taken cover in at the 15400 block of Casita Verde Way, according to Harris County Sheriff's deputies.

According to the FBI, the incident began as a bank robbery at Shell Federal Credit Union at 8:16 a.m. Thursday, where an armed suspect reportedly followed an employee who was opening the bank. The suspect followed the employee in at gunpoint, fired shots into the lobby of the bank, took an undisclosed amount of cash and unsuccessfully tried to get into the vault before fleeing the scene.

Christina Garza, a spokesperson with the FBI said the suspect left the scene with another person. That's when Harris County deputies received a call about the robbery, as well as information on the vehicle involved.

Deputies were reportedly chasing some of the robbery suspects that led them to the home on Casita Verde Way. At the scene, deputies took a couple of suspects into custody, but another one or two reportedly were holed up inside a home.

According to Sheriff Ed Gonzalez, a team set up a perimeter and after talking with the suspects through a loud speaker, the suspects exited the home and were detained.

In total, four men and two women were detained.