Officials: 'Affluenza' teen, mother detained in Mexico, to be returned to US via Houston flight 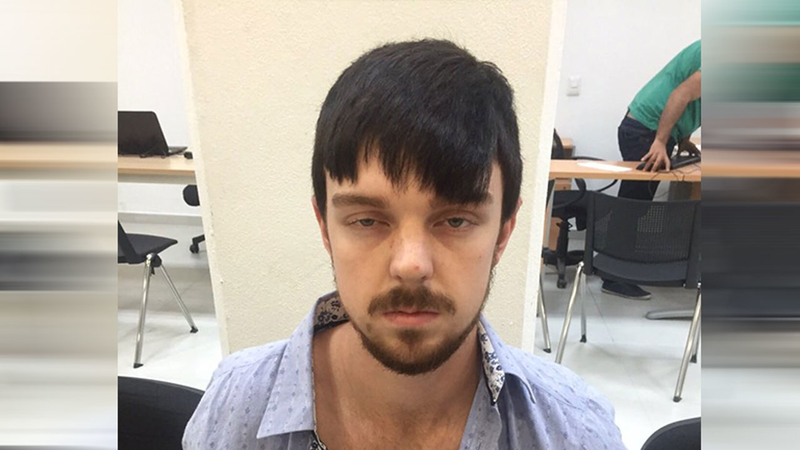 HOUSTON (KTRK) -- Houston will be part of the route back to jail for the so-called "affluenza" fugitive Ethan Couch.

Couch, 18, and his mother, Tonya Couch, 48, will be escorted by Mexican authorities to Bush Intercontinental Airport Wednesday. The two will then be arrested on U.S. soil and turned over to Tarrant County authorities.

After an 11-day search, the mother and son were arrested in Puerto Vallarta, Mexico Monday. A photo of the arrest shows Ethan Couch with his hands behind his back and handcuffed. Both had altered their appearances. Ethan had dyed his hair darker. His mother cut her hair shorter.

"Every fugitive makes mistakes and these fugitives were no exception," Richard Taylor, Acting U.S. Marshal for the Northern District of Texas told a room full of reporters Tuesday.

The two were living in a run-down apartment building away from the tourist part of town. They had previously stayed at a modest resort near the beach, according to Mexican authorities. Both locations were a far cry from the sprawling Fort-Worth area home where Couch grew up.

In December 2013, a juvenile judge sentenced Couch to 10 years' probation for killing four people while driving drunk. So-called "affluenza" was his defense. His attorneys argued Couch's wealthy parents coddled him into a sense of irresponsibility. "Affluenza" is not recognized as a medical diagnosis by the American Psychiatric Association, and its invocation drew widespread ridicule.

Recently, a video recording of what appeared to be Couch drinking surfaced-a violation of his probation. Tarrant County Sheriff Dee Anderson told reporters he and his mother plotted their escape.

"They had planned to disappear. They even had something akin to a going-away party before they left town," Anderson said, adding they survived on a "cash existence" while in Mexico.

Couch and his mother will first fly into Houston on their way back to the Fort Worth area. Tonya Couch has been charged with hindering an apprehension, a felony that carries a penalty of 2-10 years in prison, if convicted.

"They have created so much more exposure by doing this than by simply facing the music this time around. It's incredibly stupid," said Dan Cogdell, a Houston criminal defense attorney not connected to the case.

Investigators and prosecutors -- not happy with the original sentence -- will now ask a judge to move Couch from the juvenile to the adult system, where a criminal district judge could sentence him up to 120 days in jail and adult supervised probation for the rest of his original 10-year sentence. If his case stays in juvenile court, Couch could go free after serving time in a detention facility only until his 19th birthday in April. He was 16 when he was sentenced and thus, charged, as a juvenile.

"I'd like for him to be held accountable," said Sharen Wilson, Tarrant County District Attorney.

A hearing is scheduled for January 19.

"At this point, we have not had the opportunity to speak with our client and we do not anticipate being able to do so unless and until he arrives in the United States. Until we have more information concerning this situation, it would not be prudent for us to make any further public statement."