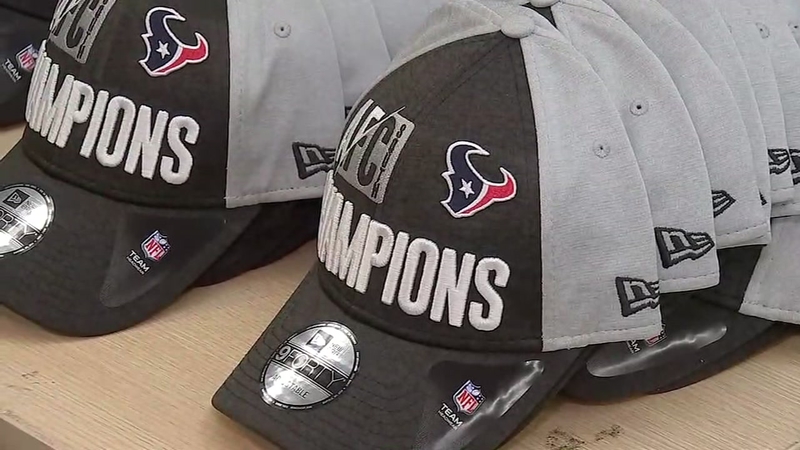 HOUSTON, Texas (KTRK) -- With the Houston Texans starting the season 0-3, a lot of fans say they're happy with how the season turned out and definitely excited for the team to be in the playoffs.

Fans spent Sunday afternoon in the rain, tailgating outside NRG Stadium and cheering on the team.

Folks were also celebrating across town at Christian's Tailgate, with fans packing the place to watch the game and hoping for a big win.

"This has been a great season, because now we're in playoff contention," Sammy Kinra said. "Everybody's been working hard, defense has been great, DeAndre Hopkins is amazing and we deserve this. We need this for for our team."

RELATED: Everything you need to know about buying Texans playoff tickets

Houston-area Academy Sports + Outdoors also started selling Houston Texans AFC South Champs gear. They're selling both men's and women's tees, along with hats to celebrate the victory, and fans were eagerly lining up to claim their gear.

"When you think about the fact that we started 0-3, and we ended up the way we did, 11-5, I mean that's pretty impressive," said Texans season ticket holder Don McSwain. "We pulled off nine wins in a row after starting 0-3. No team in the NFL has ever done that before."