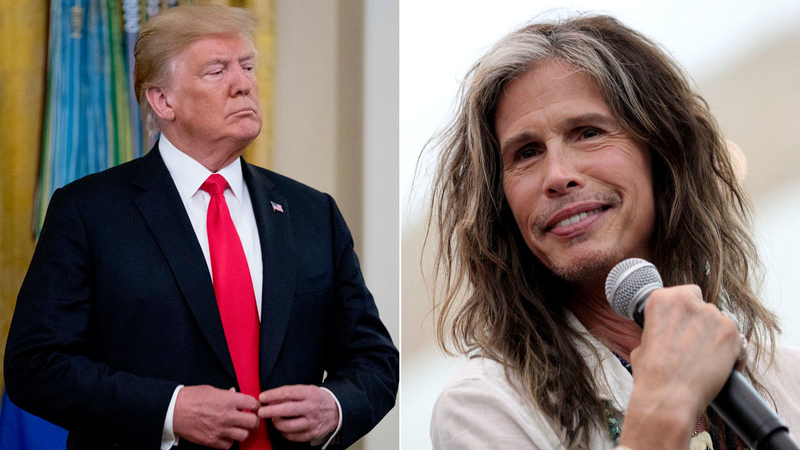 Attorneys for Aerosmith frontman Steven Tyler sent cease-and-desist letters to President Donald Trump a day after he used one of the band's songs during a campaign rally.

The letter asked Trump to stop using the song "Livin' On the Edge" and other Aerosmith songs at his political rallies. His most recent use of the song happened Tuesday in West Virginia.

In the letter, Trump is accused of falsely implying that Tyler endorses Trump for president.