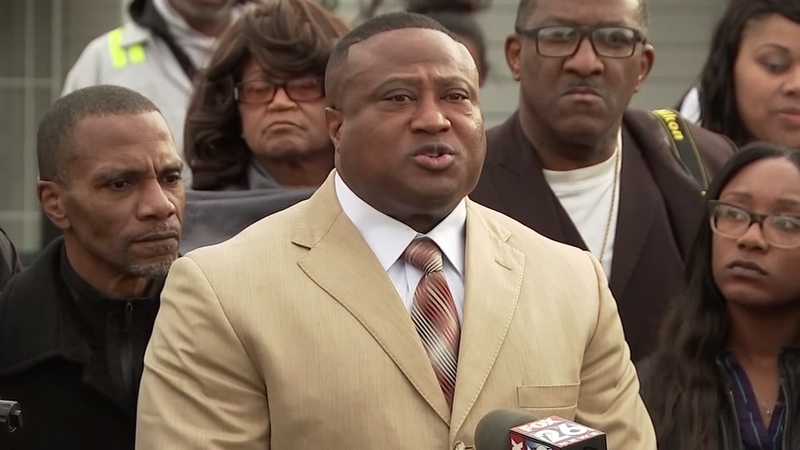 Activists call for arrest after an elderly woman was assaulted

SUNNYSIDE (KTRK) -- Activists are calling for the arrest of a suspect after a 95-year-old woman was sexually assaulted inside her home.

According to activist Quanell X, the woman was put in the hospital following the attack. According to her family, a man broke into the home in Sunnyside Gardens on January 18. He allegedly entered through a back window and left her on the living room floor with a broken shoulder.

"I'm doing much better, thank God. I'm about as well as can be expected because I'm lying here. But I'm dong pretty good so far," she said. "No complaints right now. Thank God."

At a press conference Wednesday afternoon, Quanell X called for the arrest of the suspect and says the alleged assault is an outrage.

Activists are calling for the arrst of a suspect after an elderly woman was assaulted.

"We believe he's from this community," he said.

Quanell X says many believe those within the neighborhood know who the man is who assaulted and robbed the elderly woman. He urged for those within the community to not accept this kind of crime.

Dr. Dawn Brown says she believes the suspect went after Outley simply because of her age.
EMBED More News Videos

Quanell X had a clear message to whoever committed the crime.