Couple found shot in Acres Homes neighborhood may have opened fire on 2 others, HPD says 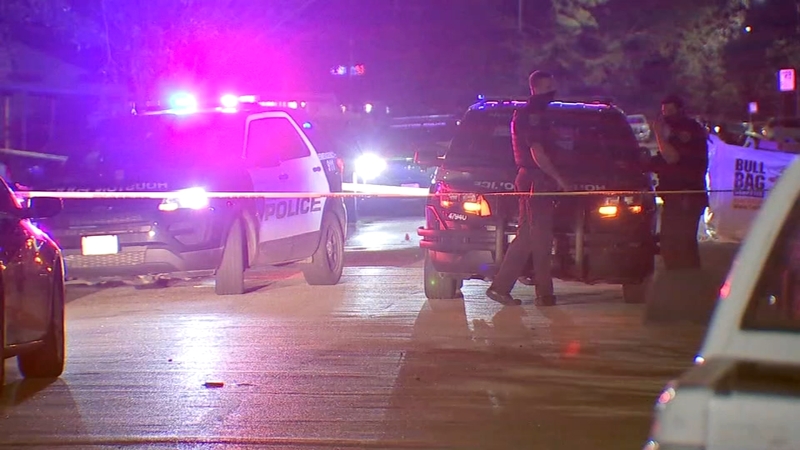 HOUSTON, Texas (KTRK) -- In the wake of multiple shootings in a two-mile area that left four people wounded, Houston police tell ABC13 they believe two of those people may have been responsible for injuring the other two.

In all, HPD investigated three shooting scenes in the Acres Homes neighborhood, specifically in the area of West Gulf Bank and Montgomery, early Tuesday morning.

According to police, the first shooting happened around 12:35 a.m. Tuesday in the 3100 block of Stallings near Genemaury. A call for help came in after what sounded like a drive-by shooting, police said.

North Division officers are on a shooting at 3100 Stallings Dr. Multiple victims with gun shot wounds and transported to area hospitals. #hounews CC9

A man inside of a home was shot in his leg, and other people inside the home managed to return fire. Witnesses told police the shots came from a dark sedan.

An officer responding to the scene stumbled upon another shooting scene in the 9900 block of Lonallen near Stallings.

An officer noticed a car parked on the side of the road near where the drive-by happened, and inside of that car was a man and a woman who both had been shot in their legs and were in need of help, police said.

Another shooting call came in around 12:47 a.m. in the 1900 block of Ellington near Dewalt. The wife of a man who was inside his car when he was shot in the neck called police for help.

"We ended up finding a victim inside a vehicle that was traveling on Beckley, making a left hand turn on Dewalt, at which case he heard a shot and he was shot in the back of the neck," Lt. Christopher Bruce said. "His car went into a ditch. He managed to call a friend, who called his wife, and the wife managed to call us."

All four of the shooting victims were taken to the hospital conscious and breathing, according to police.

By late Tuesday morning, police said they were looking at the woman and man found shot on Lonallen as the suspects in the shootings on Ellington and Stallings. Police added they are holding the couple because they were wounded in the leg and could not run. It's not immediately known if or when they'll be transferred to jail.

Police did not specify a motive in the shootings.

With violent crime on the rise in Houston, dozens of guns are seized every day. 13 Investigates takes you inside the crime lab whose work helps lead to arrests.

SEE RELATED STORY: New HPD chief says he's always thinking about what he can do better