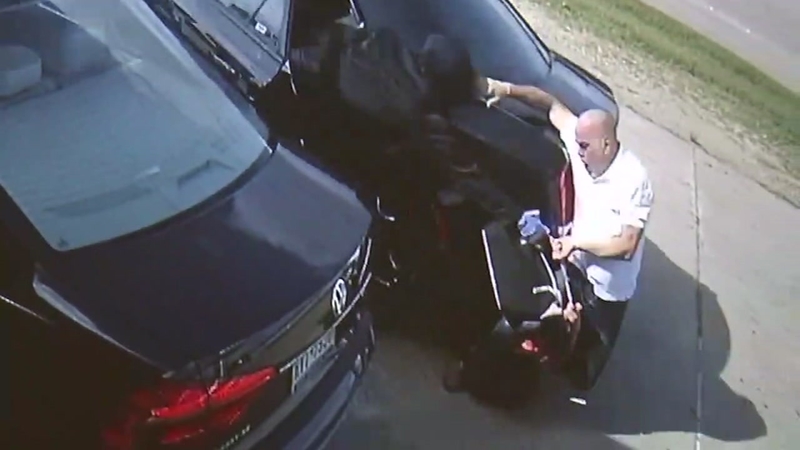 New details in the violent robbery that targeted woman for $75,000

HOUSTON, Texas (KTRK) -- New details have been released in a violent robbery attack of a woman who was withdrawing $75,000 in northwest Harris County.

Court documents revealed that the bank teller who allegedly tipped off her boyfriend about a couple withdrawing money rented a getaway car.

Investigators said when they called Shelby Wyse to ask about the vehicle, she claimed she rented it to drive to Arizona for her father's funeral, but it was stolen.

Wyse was arrested for her alleged role in the planning of the robbery.

"She has a direct relationship with one of the suspects already in custody," said Constable Mark Herman said.

According to court documents, Wyse's boyfriend, Travonn Johnson, met the second suspect, Davis Dowell Mitchell, just four days before the robbery and allegedly told him it was a guaranteed payoff of $60,000.

Both men have been charged.