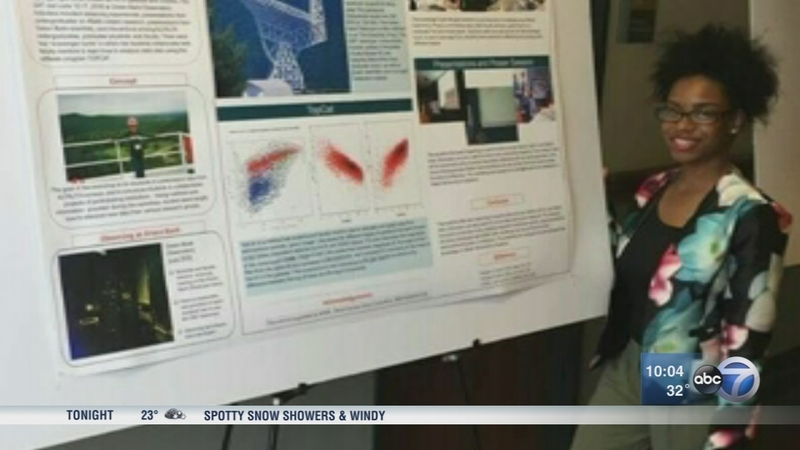 CHICAGO, IL -- A college student's bright future is in danger over an identity crisis. She's a year from graduating but may not get financial aid because some people think she is dead.

Ashley Walker hopes to graduate in 2018. She lost her father, Kenneth Lovell, to lung cancer in August. They spent his final months together as a family.

"Me and my mom were both his caretakers, and my aunt she came in, my cousins and my oldest sister," Walker said.

Then strange things began to happen. Walker, a Chicago State astrochemistry major, was declined for internet service. And then CSU financial aid wanted to see her Social Security card. So she went to the Social Security office, where they told her she died in August.

Walker has his death certificate. Her name is on it as an informant. But she said credit agencies now think she's dead, too.

Now she has piles of paperwork, but she remains optimistic she will be able to reestablish that she is alive before next semester.

"I wouldn't wish this on my worst enemy. I don't want anyone to go through this. But I know it happens to people time and time again," Walker said.

Walker's goal is to be the first black woman to ever become an astrochemist with a Ph.D. She's already qualified for a fellowship at Harvard University in the summer of 2017. But she needs to continue her research, and she can't be dead for that.

Chicago State has been helpful, she said. She believes the school will help her get the financial assistance she needs.