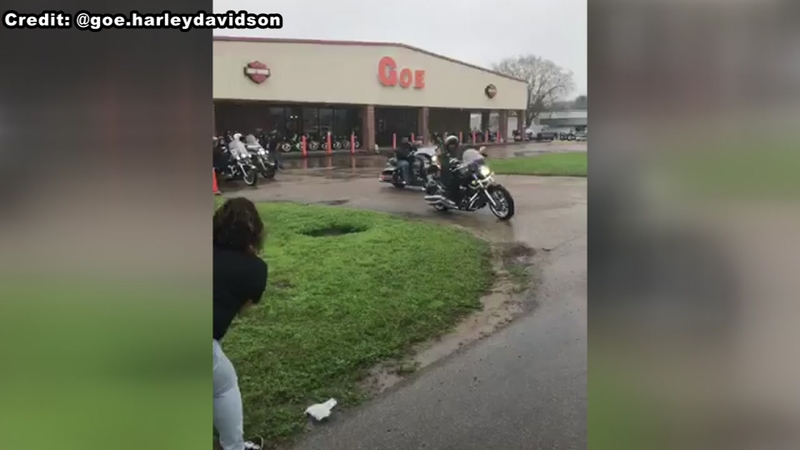 ANGLETON, Texas (KTRK) -- On Sunday, the Freeport police office hosted a ride to raise money for an honorary officer who has cancer.

Last month, Abigail Arias was sworn in as an honorary Texas Ranger.

The motorcycle ride started at the Harley Davidson in Angleton and ended at Municipal Park, where supporters bought burgers, t-shirts, and stickers.

The fundraiser is to help cover the medical expenses for the 6-year-old who is fighting against cancer again.