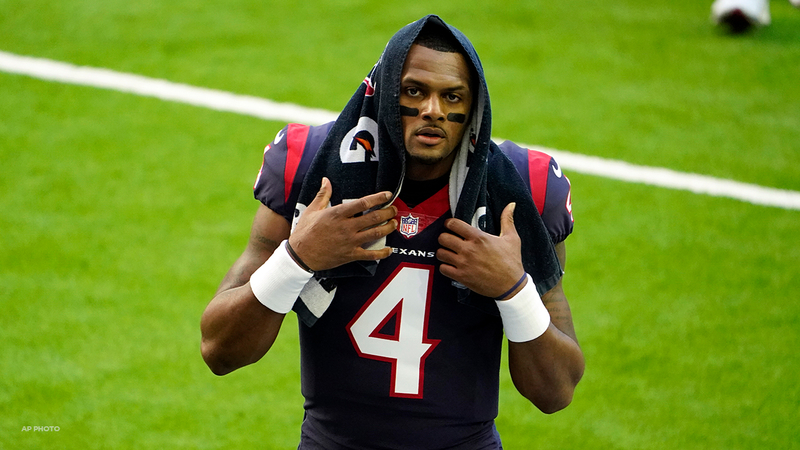 'No Layups': Did Texans show their hand on Deshaun?

Thursday's "No Layups" with ABC13's David Nuno and Raheel Ramzanali is jam packed with developments at the Houston Texans, a good deed from one of the NFL's toughest players, a lesson on wrestling smack talk, and a Grammy nominee who could take home an honor for his work with the Beastie Boys.

Here are the things on tap with David and Raheel.

Houston Texans head coach David Culley faced the media for his second ever news conference as a member of the franchise. Just the day before, Culley set his coaching staff, which features Lovie Smith as Culley's associate head coach and defensive coordinator; and Pep Hamilton, a one-time XFL head coach and the man who as of now is Deshaun Watson's quarterbacks coach.

The guys break down Culley's remarks from his noon-time virtual news conference, as well as assess the staff he has built for what's left of the Texans.

From on the field moves to generous ones off of it, "No Layups" welcomes Los Angeles Rams nose tackle Sebastian Joseph-Day to the show.

The defensive lineman, who will enter his fourth season in the league, talks with David and Raheel about the good deed he is performing for Houston-area youth. He is helping feed 7,000 kids impacted by the winter storm.

Joseph-Day, who is from Pennsylvania and played collegiate football at Rutgers, explains what possessed him to help our area, which is still in need after last month's weather disaster.

The show then "lays the smack down" with WWE superstar Damian Priest, who, along with his fellow wrestlers, are on the road to Wrestlemania, which is the sports entertainment company's biggest event every year.

Priest talks with the guys about teaming up with Latin pop star Bad Bunny, who is WWE's current "24/7" Champion.

David and Raheel talk with Jason Baum, who is currently nominated for his third Grammy award his work on 'Beastie Boys Story.