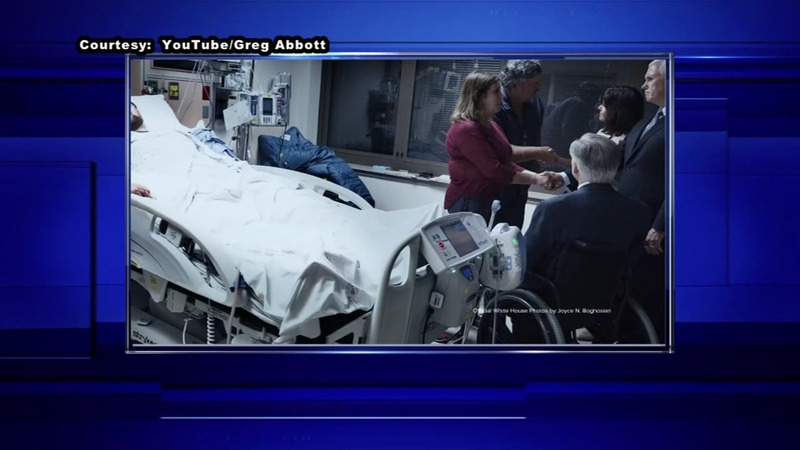 The new ad, in Abbott's race against challenger and former Dallas County Sheriff Lupe Valdez, features Julie and Chris Workman. Both of them were inside the church in Sutherland Springs in November 2017 when a gunman opened fire killing 26 and injuring 20. Chris was shot in the back and paralyzed. His mother Julie recalled seeing the Governor come into her son's hospital room.

"Him coming in, in a wheelchair," said Workman in an interview Monday morning with Eyewitness News, "just brought to my mind that everything that I had thought was being taken away from me, was not taken away from me at all."

The ad is against the backdrop of gun violence, an issue that, in the wake of the Santa Fe shootings, pushed the Governor to hold a series of roundtable discussions in May. He said then he was for a so-called Red Flag law-that would temporarily take away guns from those deemed a threat. He's since backed off that position. On Friday, his political opponent Lupe Valdez seized on the issue.

"I believe that if you're saying we're not going to do red flag laws then we're okay with people doing harm to themselves and others," said Valdez during the debate.

"He has failed to prove time and time again," said spokesperson Tariq Thowfeek, "in the wake of these tragedies, that he can step up to a role and provide the safety and the common sense reform that Texans really deserve."

But the Governor says leading is exactly what he's doing, which is why he believes voters will give him another term in office in November.