Nightmare or dream home? 'Elm Street' house up for sale in LA 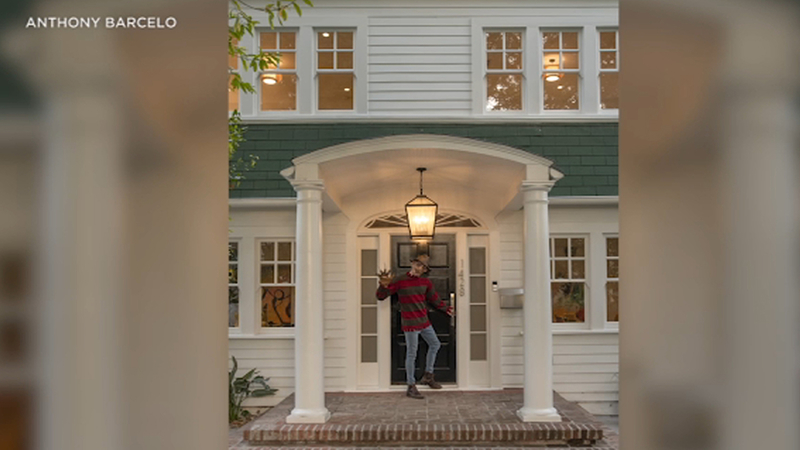 'Nightmare on Elm Street' house for sale in LA

LOS ANGELES -- It once was the house for nightmares, but for some family it could become the home of their dreams.

A Los Angeles home that was featured in the 1984 horror classic "A Nightmare on Elm Street" is up for sale.

The film, which featured the terrifying Freddy Krueger as the dream villain with knives on his fingers, was set in Ohio. But the actual home used in the filming is on North Genesee Avenue in Los Angeles.

The 1919 Dutch Colonial has three bedrooms and four bathrooms. It features stunning amenities including a pool and guest house.

The real estate agents even enlisted some help from their very own Freddy in a video marketing the home.


Anyone with the guts to buy it might also have to get used to a Hollywood bus tour passing by now and then.