50th anniversary of 'A Charlie Brown Christmas' to be celebrated 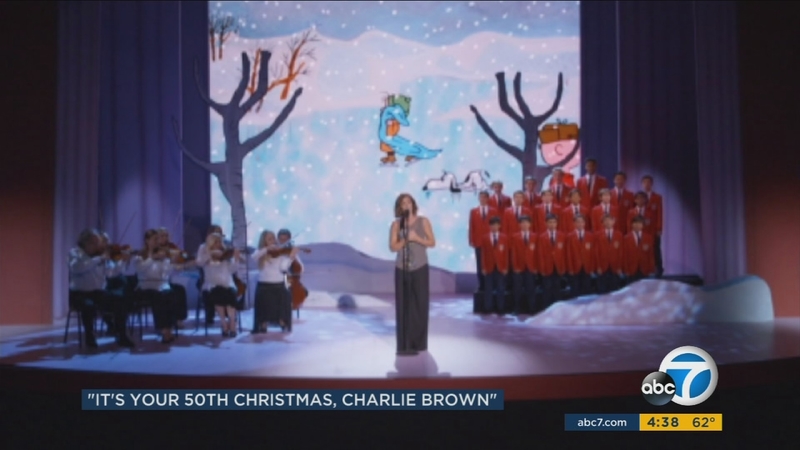 50th anniversary of 'A Charlie Brown Christmas' to be celebrated

LOS ANGELES, CA -- "A Charlie Brown Christmas" will mark its 50th anniversary on Monday, and besides the annual airing of the animated classic, there will be a special holiday retrospective.

The celebration on the small screen will be called "It's your 50th Christmas, Charlie Brown," and many stars, including Sarah McLachlan, Kristen Bell, Matthew Morrison and more, will take part in the golden anniversary.

While the special salutes all that familiar music, however, Lee Mendelson, who's produced all the Charlie Brown specials, explained how the lyrics to one song had to be altered.

Mendelson explained that the original version of one song had to be cut short after the writer, Vince Guaraldi, told him it sounded "too mean."

As a result, the melody of the song, now famously known, lingers without the words.

When it comes to "A Charlie Brown Christmas," the other specials and the legacy of the entire "Peanuts" family, the creator's son, Craig Schulz, thinks he knows why it's endured for so long.

"I think the themes and the emotions, you know, we all feel those things," said Schulz. "We're all there when Charlie Brown loses. We all lose a lot more in life than we ever win, so I think we can really relate to them, and I think we all have a lot of Charlie Brown in us. I know I do."

Originally, television executives didn't know what to think of "A Charlie Brown Christmas" as they were first shocked over the jazz music selection in a kids' cartoon, and many also thought the show was too slow.

Mendelson, however, knew Charlie Brown and the "Peanuts" always stood a strong chance.