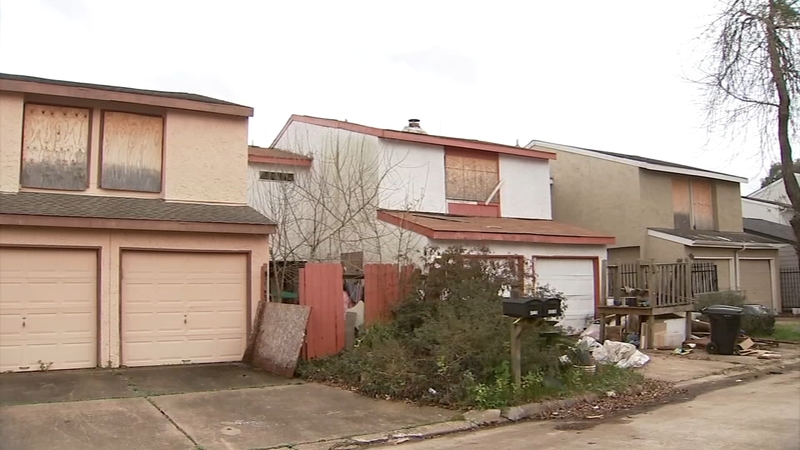 HOUSTON, Texas (KTRK) -- It has been one year since a northwest Houston explosion shook the area and killed three people. We're taking a look back at the shocking event that rattled homes as far away as Kingwood.

The explosion happened Friday, Jan. 24, 2020, around 4:25 a.m. in the 4500 block of Gessner Road at Watson Grinding and Manufacturing, a machining and manufacturing company. A home security camera captured the moment of the blast.

ONE YEAR LATER: In the video above, relive a frantic day in Houston history when a explosion broke the silence of a typical January morning. Three people died and hundreds of homes were damaged as a result.

The explosion gave residents a rude awakening as some reported it was felt for miles, as far as the west side of town.

A little more than an hour after the explosion, ABC13 brought you the first live pictures from SkyEye as the fire was still burning.

On this day one year ago, an explosion at Watson Grinding gave people a rude awakening. The moment of the explosion was caught on camera, which you can take a look at in the video player above.

A few hours later, around 9 p.m., authorities confirmed at least two people died from the blast. Later, it was confirmed the victims killed were employees at Watson Grinding.

The victims were identified as Frank Flores and Gerardo Castorena Sr.

SkyeEye mapping technology shows just how close some of the damaged homes were to the explosion, some being only 300 feet away.

Flores and Castonera were said to have been using the gym facility before the workday when the explosion happened.

According to a friend of Flores, the morning of the explosion Flores had arrived early but told his friend over the phone that he smelled something strange.

As an investigation into the cause of the explosion began, Houston Fire Chief Sam Pena told ABC13 that 180 to 190 homes suffered some damage. Later in the day, Houston Mayor Sylvester Turner said 214 homes were damaged. About 50 had significant damage. Twenty people suffered non-life-threatening injuries.

At daybreak, the destruction was incredible. The blast site was littered with debris. Houston firefighters and police officers went door-to-door checking on residents. Turner was grateful the fallout wasn't worse.
"Had the explosion occurred two hours later, many individuals, more lives would have been lost," Turner said at the time.

Authorities went into recovery mode, and just one week after the explosion, federal investigators said an electrical spark appeared to have triggered the explosion.

Milanowski was said to believe the spark ignited a propylene leak, leading to the explosion. But it was unclear what caused the leak.

In late January 2020, the CEO, John Watson, told ABC13 that he promised to repair all the homes. He later back-tracked, adding that the reality would be harder to reach.

Almost a month after the explosion, a third victim died due to his injuries sustained on Jan. 24, 2020.

Gilberto Mendoza Cruz, 47, died at the hospital after being forced to evacuate his home due to damages caused by the explosion at Watson Grinding and Manufacturing, attorney Chance A. McMillan said.

In a statement, the family's attorney said the roof of Cruz's home collapsed on him during the explosion and he was sent to the hospital.

On Feb. 6, 2020, Watson Grinding and Manufacturing had filed for voluntary Chapter 11 reorganization with the U.S. Bankruptcy Court of the Southern District of Texas. The company also said it was forced to terminate its employees, which was a workforce of about 80, due to the shut down of operations in the explosion's wake.

Since the blast, multiple families have filed a lawsuit against the company.

Sean Rangel was in his truck just 25 feet away from Watson Grinding and Manufacturing Company when it exploded, tossing his truck across the parking lot, and leaving it in a crumpled heap.

In the lawsuit, the Harris County Attorney alleges Watson Grinding and Manufacturing violated Texas' Clean Air Act, failed to report emissions and could be an ongoing risk to neighbors who live and work just feet away from Watson's property.

The Jan. 24, 2020 explosion at Watson Grinding so impacting, it was even captured on the weather radar.

In a different suit, Sophia Navarro said she was seeking more than $1 million in damages and is also seeking a temporary restraining order and a temporary injunction to preserve evidence at the scene.

Another suit has been filed on behalf of two families, the Mirandas and Bravos. The families claimed their homes were completely destroyed and condemned by Harris County officials. The families even filed a request for a temporary restraining order and temporary injunction to preserve evidence at the scene and to allow for inspection.

In December, just under a year after the explosion, Houston City Council approved a new set of rules regarding the storage of hazardous materials.

The amendments to an existing ordinance strengthen the fire marshal's enforcement capabilities and add libraries, churches, public parks and community centers to the list of locations that businesses that store hazardous materials must stay farther than 1,000 feet away from.

It also requires businesses to apply for permits to store hazardous materials outside. Previously, businesses only needed hazardous material storage permits for indoor storage. The gas that caused the explosion at Watson Grinding & Manufacturing, propylene, was stored outside.