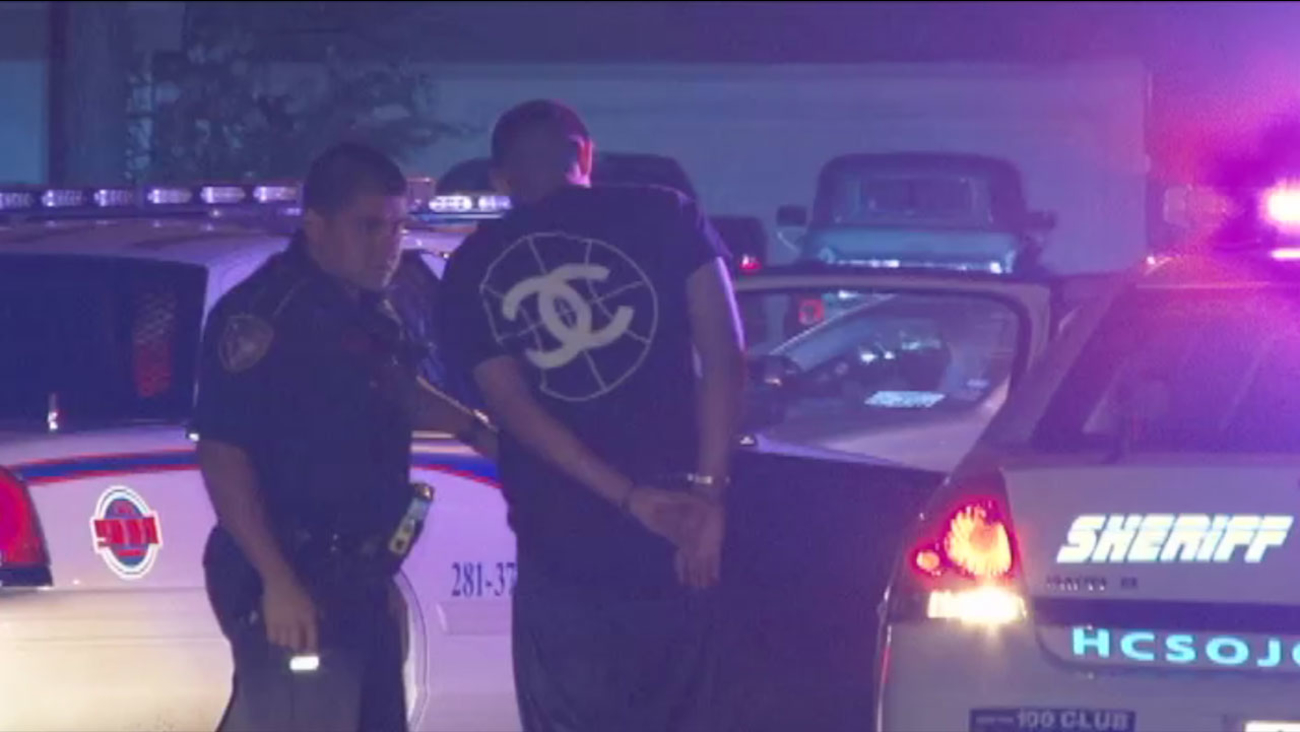 HOUSTON (KTRK) -- Two men were arrested overnight after deputies were led in a short pursuit during a narcotics sting operation in north Houston.

Deputies with the Harris County Sheriff's Office were working in an apartment complex known for problems with narcotics when they attempted to stop a car with two men inside.

The driver attempted to flee the scene before both men bailed out of the vehicle in the Fountainhead Village subdivision near Veterans Memorial and Bammel North Houston.

The driver was arrested at the scene. The passenger was found with the assistance of a K-9 unit in the backyard of a neighboring home.