3 Powerball tickets with $1 million each sold in Texas 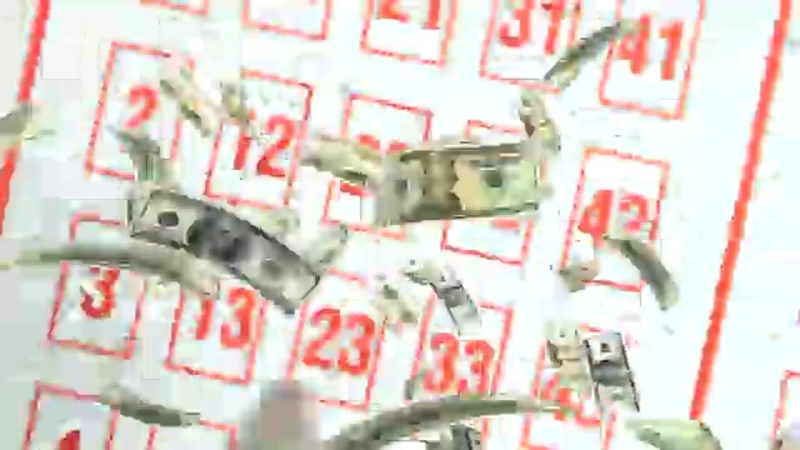 2 Powerball tickets worth $1M each sold in Houston area

Tickets that picked five correct numbers worth $1 million each were sold at a Kroger in the 18800 block of University Boulevard in Sugar Land, the KS #32 in the 8000 block of N. Sam Houston Parkway in Houston.

A third million dollar ticket in Texas was sold at the Weimar Food Mart in Colorado County.

Nobody picked all six numbers in Saturday's drawing, which means the jackpot jumps to an estimated $730 million. If a lottery player strikes big in the next Powerball drawing on Wednesday, it would be the fifth-largest jackpot ever in the United States.

No one beat the odds in Friday's Mega Millions drawing, so that jackpot grew to an estimated $850 million. That would be the third-largest jackpot ever if there's a winner of the top prize for the drawing on Tuesday.

It's been nearly two years since a lottery jackpot has grown so large. No one has won either game's top prize in months.

The listed jackpot amounts refer to winners who opt for an annuity, paid over 30 years. Winners nearly always choose cash prizes, which for Powerball would be $546 million. The estimated cash prize for the next Mega Millions jackpot is $628.2 million.