AP
ASHLAND, KY -- A Kentucky county clerk has appealed a judge's decision to put her in jail for refusing to issue marriage licenses to same-sex couples. 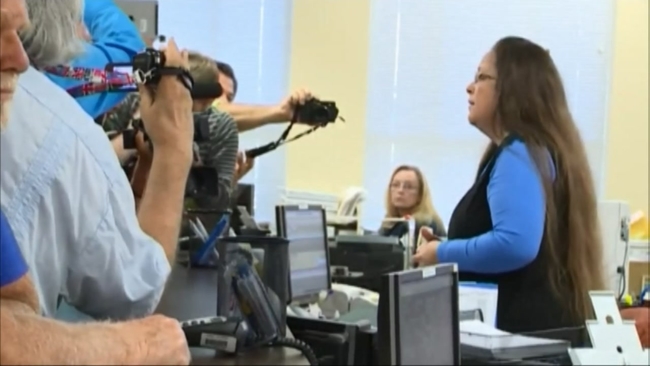