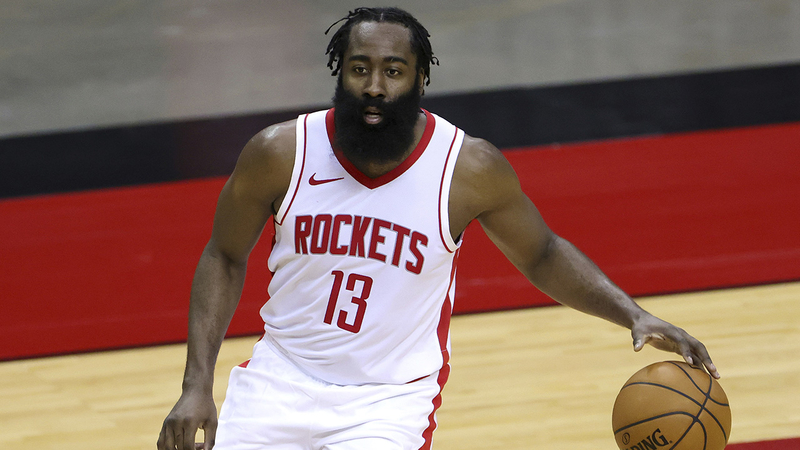 The Rockets have agreed to send Harden to his desired destination as part of a complicated four-team deal that also involves the Cleveland Cavaliers and Indiana Pacers, sources tell ESPN's Adrian Wojnarowski and Ramona Shelburne.

The Rockets will acquire:

The Rockets have yet to make the trade official.

Houston GM's Rafael Stone's return of picks -- including four unprotected first and four unprotected pick swaps -- is one of the strongest draft packages in league history. Oladipo's on an expiring contract and Rockets can make a decision on moving forward with him.

The report comes after Harden did not practice with the Rockets on Wednesday.

Coach Stephen Silas just told reporters it's best for everyone involved that Harden stayed away from practice.

Here is some of the best stuff from Cousins on Harden, "we feel a certain kind of way about his actions" & "the disrespect started way before any interview - just the approach to training camp, showing up the way he did." #Rockets #HardenBye pic.twitter.com/qfoZCu4Vrz

RELATED: James Harden and the Houston Rockets are at a breaking point
Holding Harden out of game action would be the final step in any trade as the Rockets will protect him from an injury that would make a trade impossible.

The Rockets have held firm in their demand for young talent and a group of first round draft picks in exchange for Harden. Everyone in the NBA understands the time to make an offer is now.

This story is developing. All updates will be added to this article.