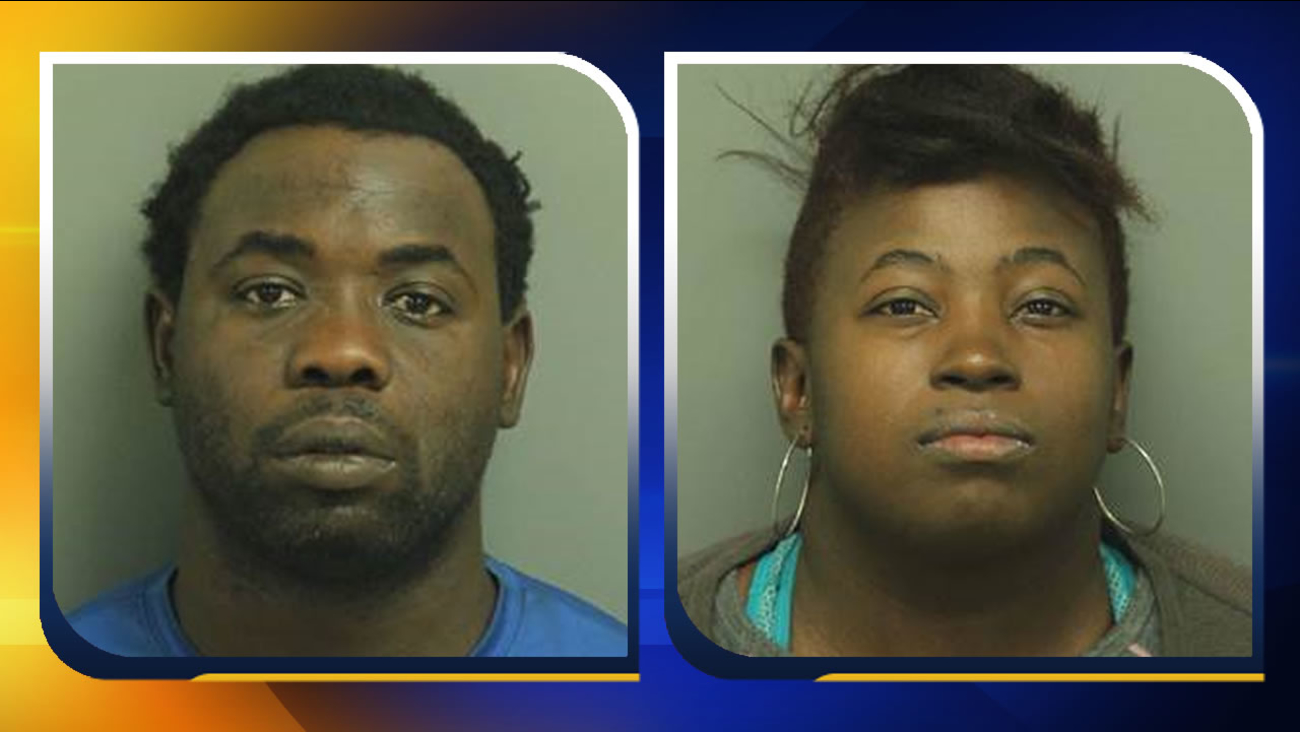 RALEIGH, NC -- Two parents are charged with child abuse after police say a woman found a 9-year-old boy in her Raleigh recycling bin.

The woman told ABC11 the boy told her he was living in the woods in the park at the Green Road Community Center in North Raleigh with his homeless mother and stepfather.

Police said he was being repeatedly beaten by the stepfather and during one of those beatings (with a belt) Friday evening, he got away, ran through the woods into an adjacent neighborhood, and jumped inside the big blue recycle bin behind a townhome.

The next morning, Melissa White said she came out to put something in the recycle bin and found the boy inside, wet, dirty, injured, and hungry.

"He was scared half to death. He was like, 'Please don't let them take me back,'" said White.

"It was like dried up blood all around his nose and then like over here - on the side of his head - he had like lumps and a cut right here from where he was getting hit in the head," said White.

"That's what they deserve. They deserve that because there's no, there's no reason why you should treat your child like that let alone sleeping the park with your child," said White.

The boy is now in protective custody. Police officers allowed him to shower at their building and an officer bought him a new set of clothes before he was turned over to the NC Department of Health and Human Services.

"I hope that the children are safe and I hope that he is placed in a better home and, you know, he is able to live and enjoy life like a normal 10-year old should," said White.