KTRK
CONROE, TX (KTRK) -- A series of explosions rocked an oil filed chemical supply company in Conroe on Friday, setting off a fire that sent a broad, dense column of thick, black smoke towering into the otherwise blue skies. 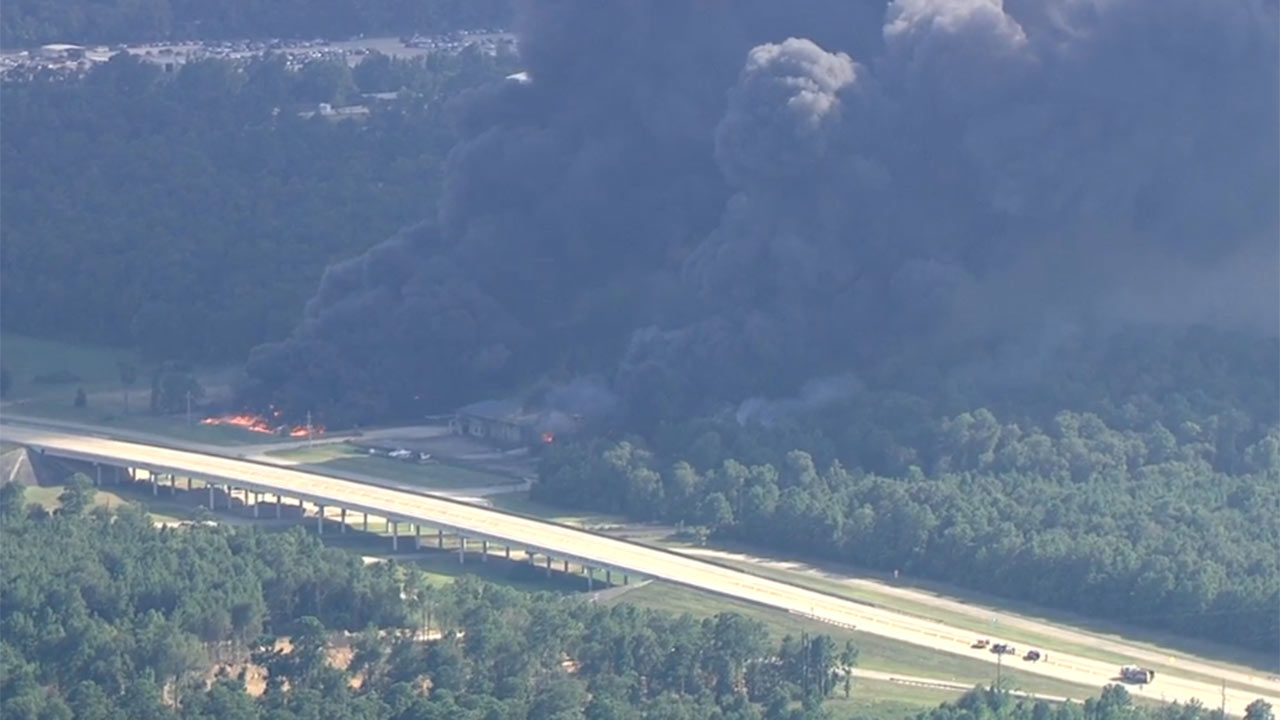 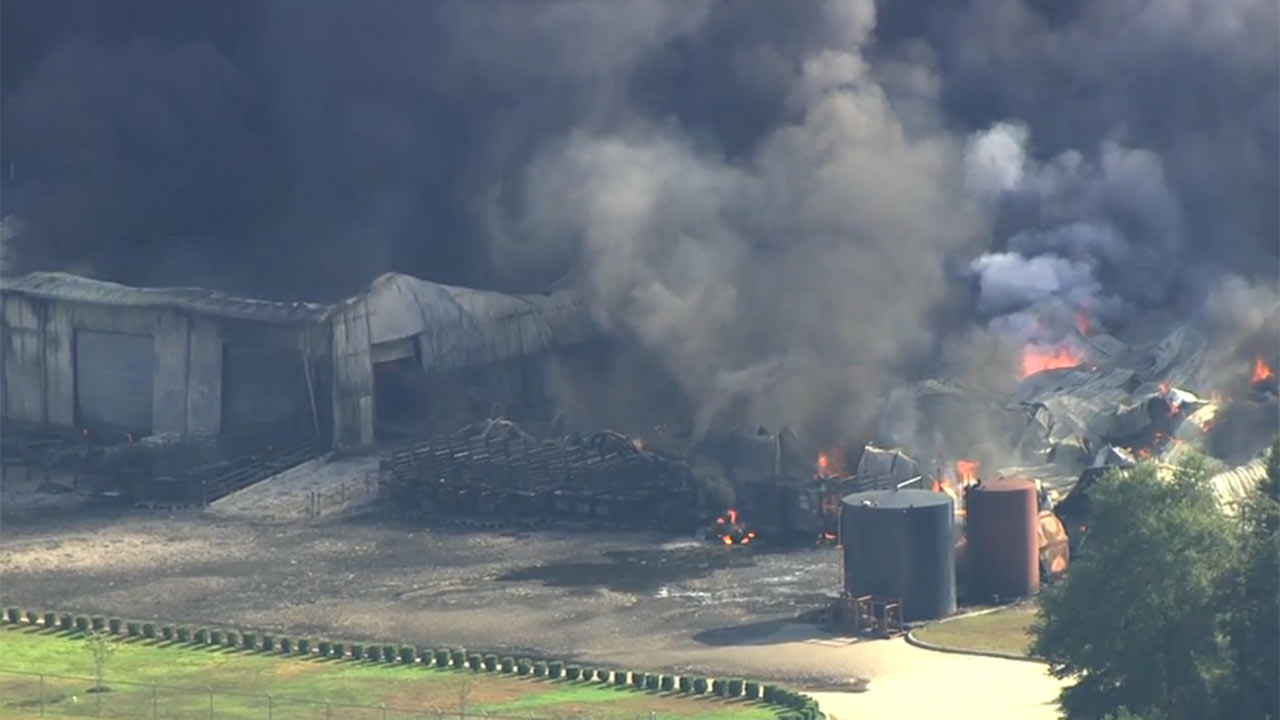