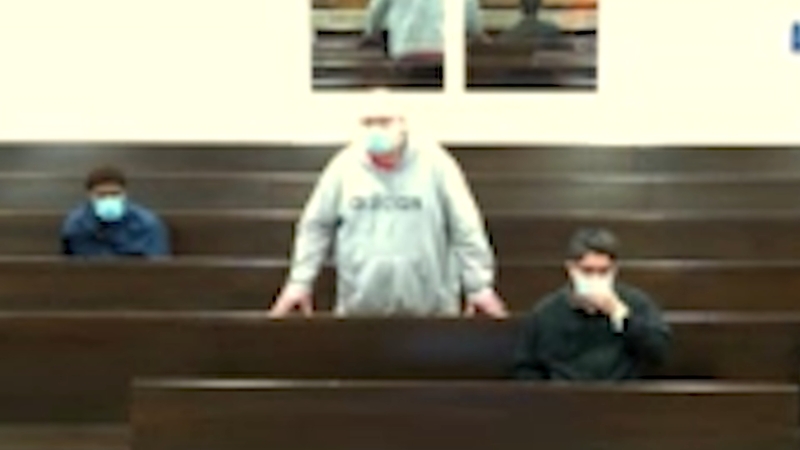 ATASCOCITA, Texas (KTRK) -- An Atascocita father has been charged with abandoning and endangering a child with intent to return after deputies found an 8-year-old in poor conditions earlier this week.

On Tuesday, Dec. 22, deputies with Constable Mark Herman's Office responded to the 18900 block of Timbers Drive for a welfare check of an 8-year-old boy.

According to court records, a neighbor called deputies, stating that the 8-year-old had come to her home twice that day asking for food, and that it was an ongoing issue.

The neighbor said the child often comes to her house saying he is hungry and doesn't know where his parents are.

The boy had been wearing the same clothes for a week, the neighbor claimed.

Upon arrival, deputies say the child showed them where he lived. Deputies checked the doors on the home but they were locked, court records state. The child reportedly had no key or other way to get inside.

The boy told deputies that he and his 12-year-old brother do not usually have breakfast, lunch and dinner, but instead only have small snacks, court records state.

According to court records, deputies found the boy in possession of cookies that he had been given by a different neighbor.

The second neighbor reportedly told deputies the two boys watched TV in her garage earlier in the day, and they often come to her home and ask for food.

While deputies conducted their investigation, the boy's father, Brent Seiler, showed up at the scene and told deputies he had been helping a friend move, stating he wasn't scared that the child had been left outside, according to court records.

When asked why his son was asking neighbors for food, Seiler told deputies his 8-year-old son has ADHD and uses food as a conversation starter.

Deputies say Seiler maintained that there was food in the house, however he refused to unlock the door to let the kids inside and would not walk deputies into the home to show them the food.

Child Protective Services has taken custody of the children.