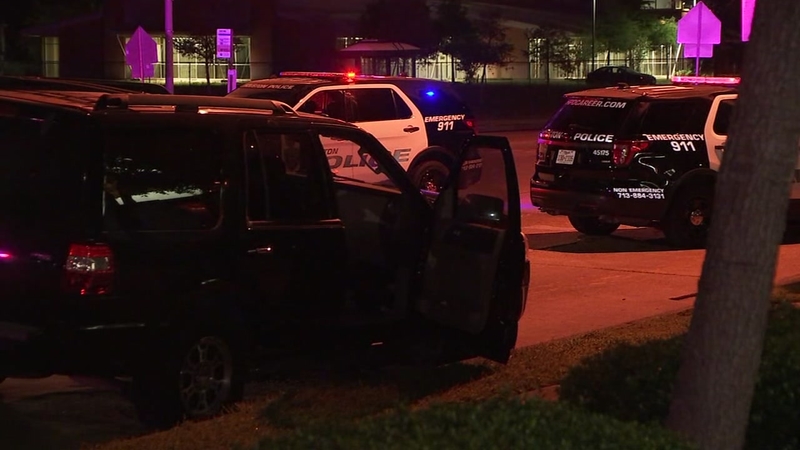 HOUSTON, Texas (KTRK) -- Two middle-school students are dead and another has been arrested after a street racing crash in southwest Houston Wednesday morning.

That 14-year-old boy taken into custody has been charged with failure to stop and render aid, and racing/causing death.

Sources say the 14-year-old is known to law enforcement and has a lengthy criminal record.

The wreck happened just after 2 a.m. on West Fuqua near Hiram Clarke.

Police say they saw two SUVs speeding eastbound on West Fuqua. As an officer pulled out to stop the vehicles, one SUV clipped the other, sending it into a school zone sign and then a median.

The SUV went airborne and slammed into a tree. The impact was so strong, it knocked down the tree. Hunter and Farley, who were both inside the SUV, were killed.

Authorities say Hunter was driving the SUV that crashed. Both boys were in the 8th grade.

Hunter's aunt, Ivory Brown, said that she owns the vehicle the boys were inside.

"Parents, double check your kids when they ask you for your keys. He's only 15 years old. I should have seen the warning signs, but I didn't. I usually catch him, but I didn't catch him this morning. The result of that took his life," Brown said. "Children, you have to be accountable. Don't steal your parents' car because you will end up just like my nephew. He's gone because he stole a car and was racing illegally on the street."

Brown told ABC13 that Hunter asked for her keys when she got home from work around midnight, but says she did not know he was leaving in the vehicle.

"I tell him all the time, 'You cannot drive my car because you are underage, and you don't have a license.' I tell him that all the time," said Brown.

Sources also said a fourth teen was at the scene. They believe that teen was there to record video of the race for social media.

Brown said if that was the case and a teen was recording the race, he is also at fault.

"I think they should all go to jail, to be honest with you. The ones that were driving, the ones that video (taping) because they're all in on it," she said. "Because an innocent person could have walked out and got killed, like tonight, they racing, they racing, Javier could have killed someone."

Police say the teens should have never been behind the wheel because they were too young to drive.

This is the SUV involved in an alleged street racing. A pair of 15 year olds died in the crash, both are in middle school. pic.twitter.com/BaUTCJXIhV

They were also out past the city's 10 p.m. curfew for those under the age of 17.

HISD said both of the teens that died attended Lawson Middle School. They will have grief counselors available for students.

Police say two teens were killed and another was detained after a possible racing crash in southwest Houston.