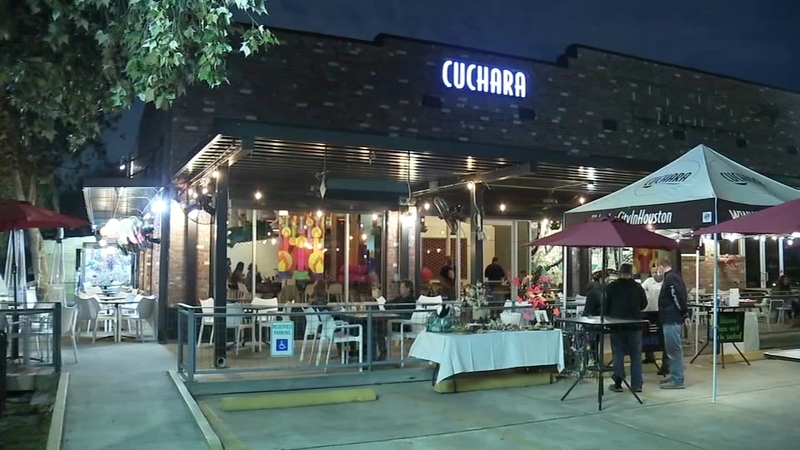 HOUSTON, Texas (KTRK) -- Harris County Judge Lina Hidalgo and Houston Mayor Sylvester Turner are expected to hold a joint news conference Wednesday after seeing a rise in COVID-19 numbers. It is not known what they will say, but it has Houstonians wondering about the impact of any new possible restrictions in the area.

While new COVID-19 restrictions were just announced that will impact Galveston and other counties in southeast Texas, many are hoping that will not be the case in Houston.

"Everybody is just trying to survive and it's hard," said Sammie Tran with Vietopia in southwest Houston.

Tran has seen many friends close up shop and says it's been heartbreaking. Another shutdown or scale back could force more to close their doors for good.

"When we were left with takeout it was not enough. We need people sitting down drinking," said Tran.

Cuchara in Montrose has been hanging on as well. They expanded outside to give its customers peace of mind when dining.

"It's been really hard from the beginning. We cut a lot of people's hours," said Cuchara's general manager, Lorena Tejeda.

Thankfully, no one has been let go, but it's always a fearful thought. Cuchara has lost about 40% of its business since the pandemic.