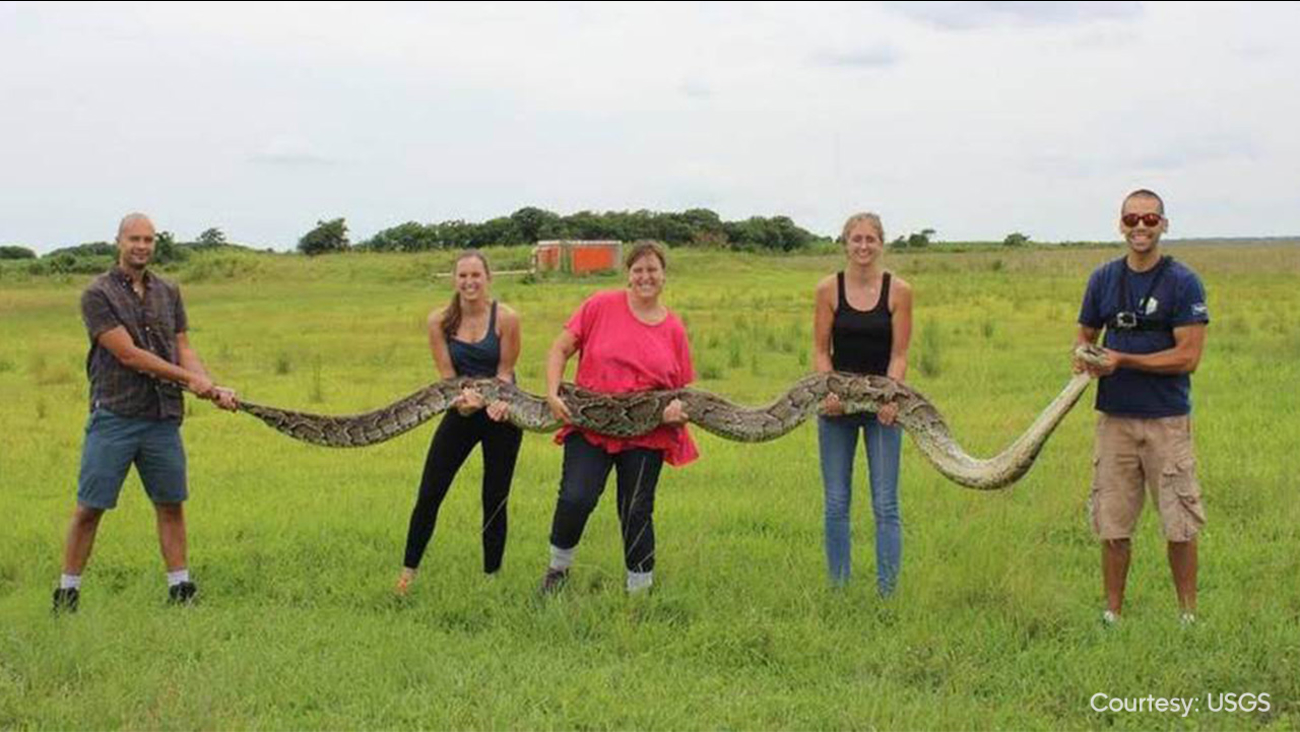 This giant Burmese python captured in the Florida Everglades measured 18 feet and 3 inches long and weighed 133 pounds. (US Geological Survey)

The 18-foot-3-inch python was caught July 9 along the tram road at Shark Valley in the park. The paved loop is used by cyclists and trams taking visitors on wildlife tours through the wetlands.

According to state wildlife officials, the longest python ever caught in Florida was 18 feet 8 inches long.

"It's a top 1 percent, but it's also within the known size range. So we expect over time to encounter these large animals," said Tylan Dean, chief of the park's biological research branch told Tampa Bay Online.

Pythons are not native to Florida, where scientists say the snakes are devouring native wildlife. According to researchers, a python that's 18 feet long is capable of ingesting large prey such as deer or alligators.