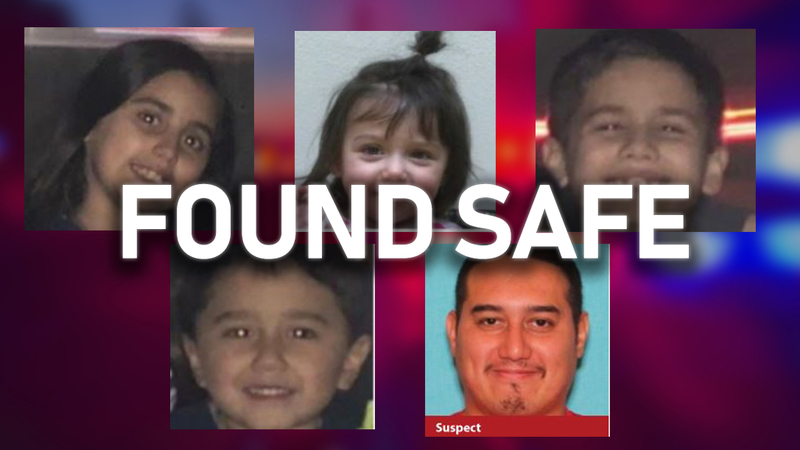 AUSTIN, Texas (KTRK) -- An Amber Alert issued for four children in central Texas was canceled Sunday after they were found safe at an Austin hotel, authorities said.

The Travis County Sheriff's Office had been looking for Gabriella Garcia, 10, Julian Garcia, 7, Sebastian Garcia, 3, and Giovanna Garcia, 2. The four children were believed to have been abducted early Sunday.

Authorities had also been looking for Cesar Giovanna Garcia, 32, in relation to the case, but it wasn't immediately clear if he was detained.

The case was turned over to Child Protective Services, according to the Travis County Sheriff's Office.
Certain criteria need to be met in order for law enforcement to issue an Amber Alert for a missing child age 17 or younger.
First, there needs to be a reasonable belief by law enforcement that an abduction occurred. Additionally, the law enforcement agency believes that the child is in imminent danger of serious bodily injury or death.