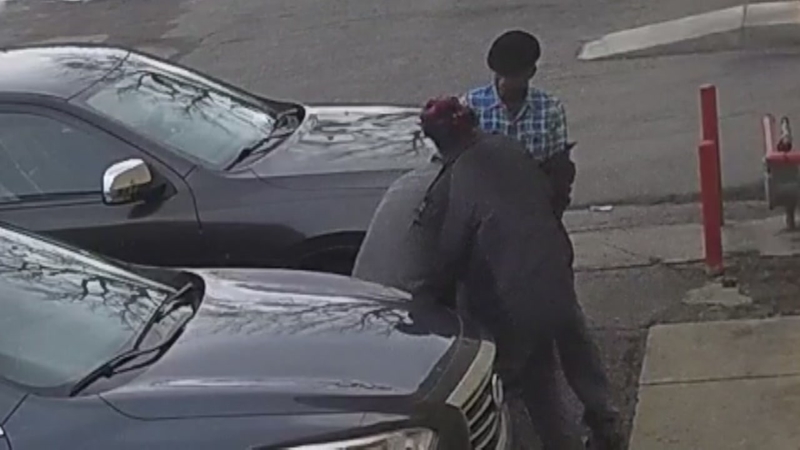 85-year-old man stops robber by hitting him with wrench

INDIANAPOLIS, Indiana (KTRK) -- When a thief tried to rob an 80-year-old man, he didn't know his victim had a protective brother nearby.

That brother is 85 years old, but that didn't stop him from ambushing the robber and hitting him on the head with a wrench.

The incident was caught on surveillance video in an Indianapolis parking lot. A man wearing a gray hoodie followed the victim and pulled a gun on him.

"He said give me your money. This is a stickup. This is real life. 'Man I ain't got no money. I just got out of the hospital,'" the victim, who asked not to be identified, said.

The video shows the crook reaching into the man's pockets to steal his money when the victim's brother knocked the suspect down, causing him to drop the victim's $3 and run away with only the gun in his hand.

"He hit him on the head with that wrench. He went down. That wrench made him give up everything," the victim said.

Luckily, aside from the thief, no one was hurt during the botched robbery.

"I don't know what's wrong with these people. You know, there's no call for nothing like that," the victim said.
Report a correction or typo
Related topics:
indianaattempted robberyattacku.s. & worldsurveillance video
Copyright © 2021 KTRK-TV. All Rights Reserved.
More Videos
From CNN Newsource affiliates
TOP STORIES