KTRK
By Tom Abrahams
HOUSTON (KTRK) -- Less than 24 hours after an Eyewitness News report about poor drainage in a northside neighborhood, City of Houston Public Works crews were on site fixing the longstanding problem.

Norma Gonzales complained to the city's 311 helpline about the lack of adequate drainage in her Melrose Park community. Hers was among five similar, unresolved complaints.

"Every time it rains, I'm afraid my house will flood," she said Monday, as she stood next to a drainage ditch filled with three feet of water, debris and swarming mosquitoes. "I've complained. My neighbors have complained. Nothing has happened. It's a health risk."

In June, the city's 311 helpline had 1,500 calls for drainage repair. There are dozens of complaints the city's website categorizes as "open and overdue". Some of those complaints were filed in March and are unresolved.

Heavy rains in April and May forced a spike in drainage reports to the city, which is working to fix as many as it can, as fast as it can.

Eyewitness News has asked the city about the number of crews it has dedicated to cleaning the ditches and culverts and how long the average repair is taking. Public Works is working on providing those statistics.

And while other neighborhoods wait for their fix, Gonzales has some relief.

"I don't have to worry every time it rains," she said, watching the city crews fix a collapsed pipe that was at least part of the problem. "Thank you Channel 13. I'm grateful."
Related topics:
home & gardenhoustonflooding
Copyright © 2020 KTRK-TV. All Rights Reserved.
RELATED 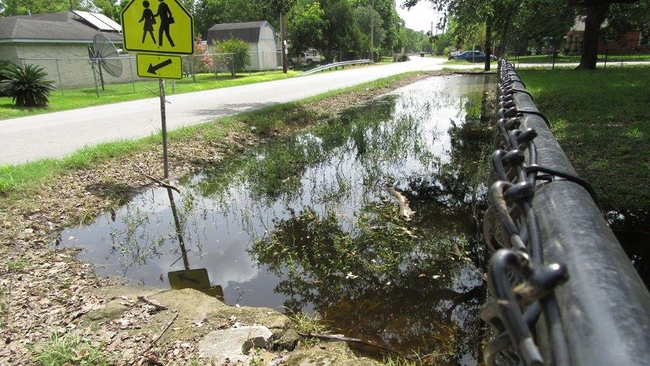