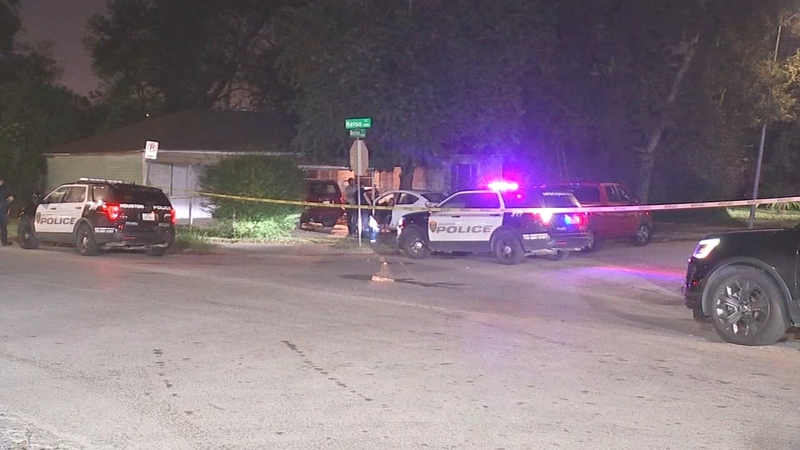 HOUSTON, Texas (KTRK) -- Multiple shootings overnight across the Houston area add to the growing murder rate in the city.

Earlier this month, Ted Oberg Investigates found that murder is up more than 46% in Houston, not just because of well documented days with multiple killings, but because nearly every day brings at least one more death.

There have been over 350 homicides in the city in 2020 alone, a staggering total the Houston Police Department's homicide squad hasn't had to deal with in decades.

Houston police say a woman shot and killed her ex-boyfriend around 10 p.m. Thursday on Wilcrest Drive near Olympia Drive in west Houston.

The man broke into her apartment and she shot him in self defense, according to HPD.

Around 10 p.m. Thursday, HPD responded to a call regarding a man who had been shot on Kelso Street near Weston in southeast Houston.

Upon arrival, responding officers found the shooting victim next to his car.

Police believe the man was shot in his vehicle at a different location, and pulled over on Kelso Street to get help.

Police have not released information on a possible suspect or motive.

Around 10:30 p.m. Thursday, Montgomery County sheriff's deputies responded to a reported shooting in the 25500 block of Tree Monkey Rd. between FM-1485 and Gene Campbell.

Deputies say the female caller reported that her husband had shot her and then turned the gun on himself.

Responding deputies found the woman still conscious upon arrival, however her husband was deceased.

The 51-year-old woman was transported to Kingwood Hospital with a shotgun wound to the chest. She is listed in stable condition.

Around midnight, Houston police responded to a shooting in the 4400 block of Maggie St.

Police say a man was shot in the back and transported to the hospital.

He is expected to survive.