KTRK
CONROE, TX (KTRK) -- Parents of a 7-year-old boy who was shot in the head with an arrow while celebrating his birthday at a Lake Conroe resort are now filling a lawsuit claiming negligence against the resort.

Londen Chavez was with his family at Piney Shores resort on April 11. According to his parents, he was on the archery range and retrieving arrows when he was shot in the head by his older brother.

They say he walked into the lane in which his brother was still shooting. The family claims there was no employee of the resort monitoring the range and no barriers preventing a child from running down range while anyone was shooting.

Chavez's mother, Fabiola, is heartbroken for her son. She said, "He asked me the other day if he still has his brain? Do I still have my brain? ...Do i still have a brain in there? Am I gonna be smart?'"

Fabiola says she and her husband were right there at the range with their children. They didn't realize what Londen was doing until it was too late.

The family describes the arrow as one with a metal tip. It pierced Chavez's skull and went through his brain. His parents say he can no longer walk and has no use of the left side of his body.

Their attorney says medical expenses already are exceeding $2 million. We've reached reached out to the resort, its attorney and its corporate offices for a response.

Piney Shores resort was also sued recently following the death of an 8-year-old boy who investigators determined was electrocuted while sitting on a dock.

PHOTOS FROM THIS STORY 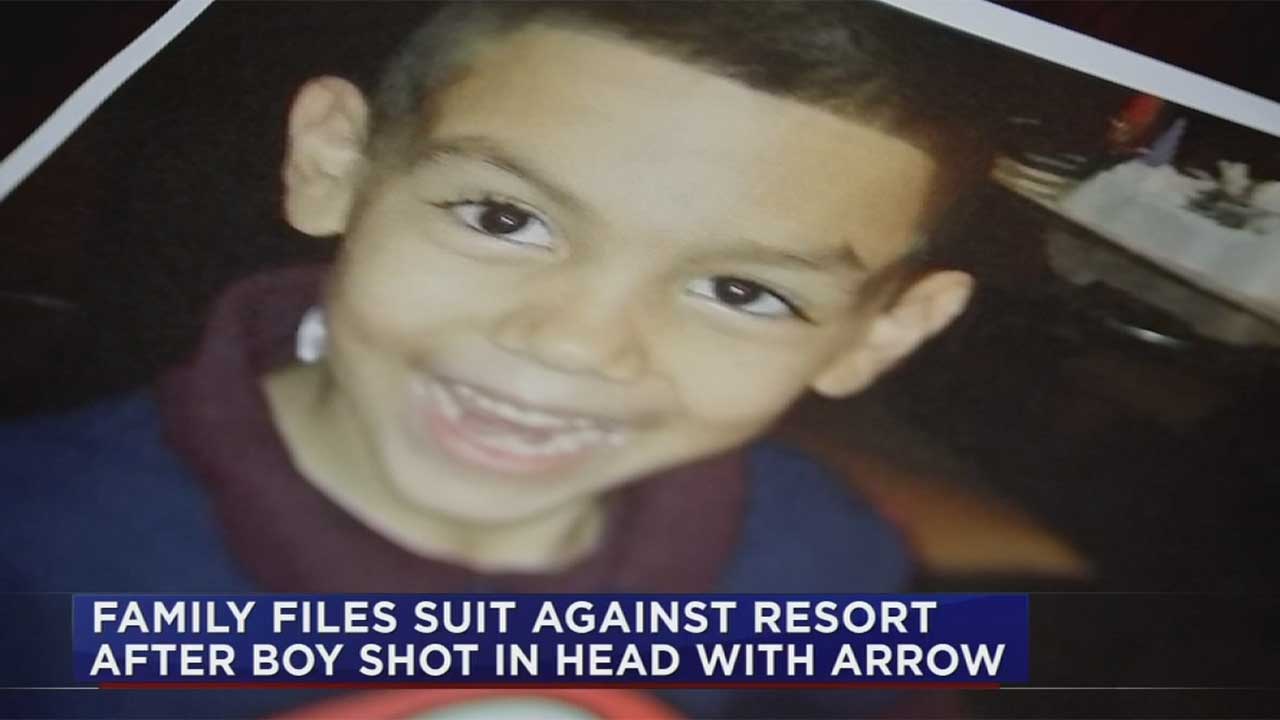 Parents file lawsuit after boy shot with arrow
Parents of a 7-year-old boy who was shot in the head with an arrow while celebrating his birthday at a Lake Conroe resort are now filling a lawsuit, claiming negligence against the resort.
Related topics:
conroelawsuitfreak accident
Copyright © 2020 KTRK-TV. All Rights Reserved.
More Videos
From CNN Newsource affiliates
TOP STORIES