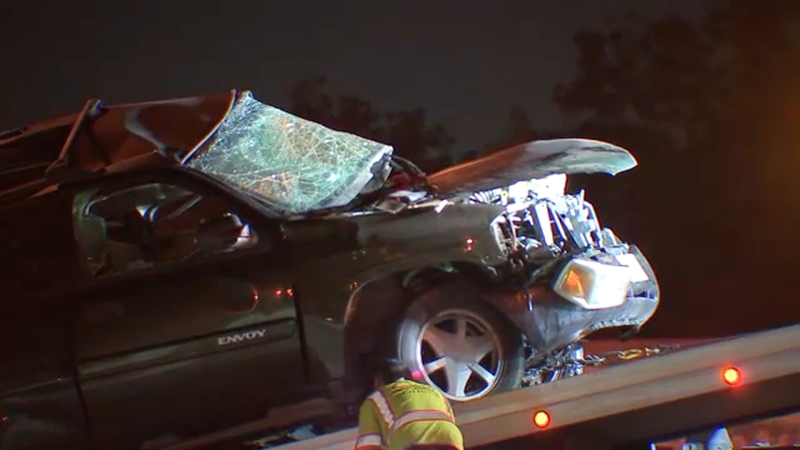 Innocent woman killed in wrong-way crash on US-59

SUGAR LAND, Texas (KTRK) -- Sugar Land police are investigating a wrong-way crash on US-59 at Highway 6 that left one woman dead.

Police responded to reports of a wrong-way driver accident around 2:38 a.m. Monday on the Southwest Freeway southbound at Highway 6.

Investigators say the driver of a truck was traveling northbound in the southbound lanes of US-59 when the vehicle hit an SUV head-on.

Fatal crash on I-69 Southwest Freeway southbound at SH 6 has all mainlanes blocked. Expect this to be working for a few hours. pic.twitter.com/KuuDvVsYTq

The female driver of the GMC Envoy did not survive.

Investigators suspect the wrong-way driver, who police identified as 35-year-old Johnny Bladimir Martinez, was under the influence. He was taken to the hospital and is expected to survive.

Martinez is facing charges in the crash.

US-59 southbound was shut down for several hours during the investigation.

DEADLY CRASH: According to investigators with Sugarland PD, the driver of the truck was going the wrong way on the SW freeway & collided w/an innocent driver near Hwy 6. The innocent driver did not survive. 59 is closed in SB directions. pic.twitter.com/0s5B1hNy0g