8 rescued from flood waters after being stuck for 4 hours 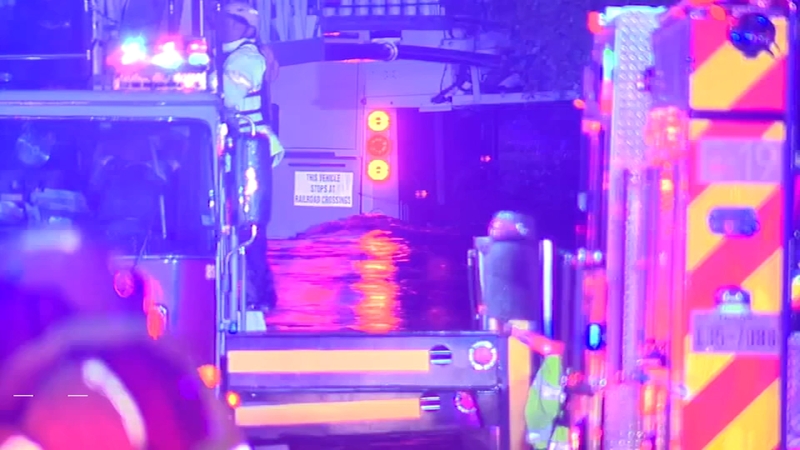 8 rescued from VIA bus after getting stuck in high water

SAN ANTONIO, Texas (KTRK) -- Officials say eight people were rescued from a bus after it became stranded in high water on Thursday.

San Antonio firefighters responded to reports of a stranded vehicle around 10 p.m.

Firefighters say eight people had to climb through the roof of the bus after being stranded for four hours.

It's unclear how the bus ended up in the high water, but no one was injured.

Police said there was no signage up in the area indicating that there could be high water ahead.