8 injured, including children, in accident in north Houston 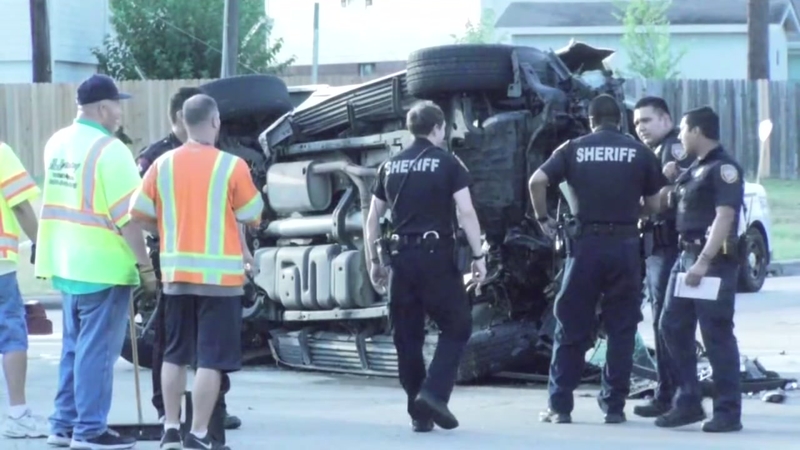 Their injuries were said to be non-life threatening and that was amazing considering the impact.

The accident happened on the North Beltway feeder at TC Jester.

Two vehicles collided at the intersection, investigators said. The truck hit the car with such force that it went airborne and then rolled over.

According to witnesses, eight people emerged from the crashed cars, including five children. They sat on a curb as ambulances arrived.

A man held a small child in his arms, as a woman was loaded on a backboard and placed in an ambulance.

A witness said the SUV appeared to go high enough to hit part of an overhead traffic light.