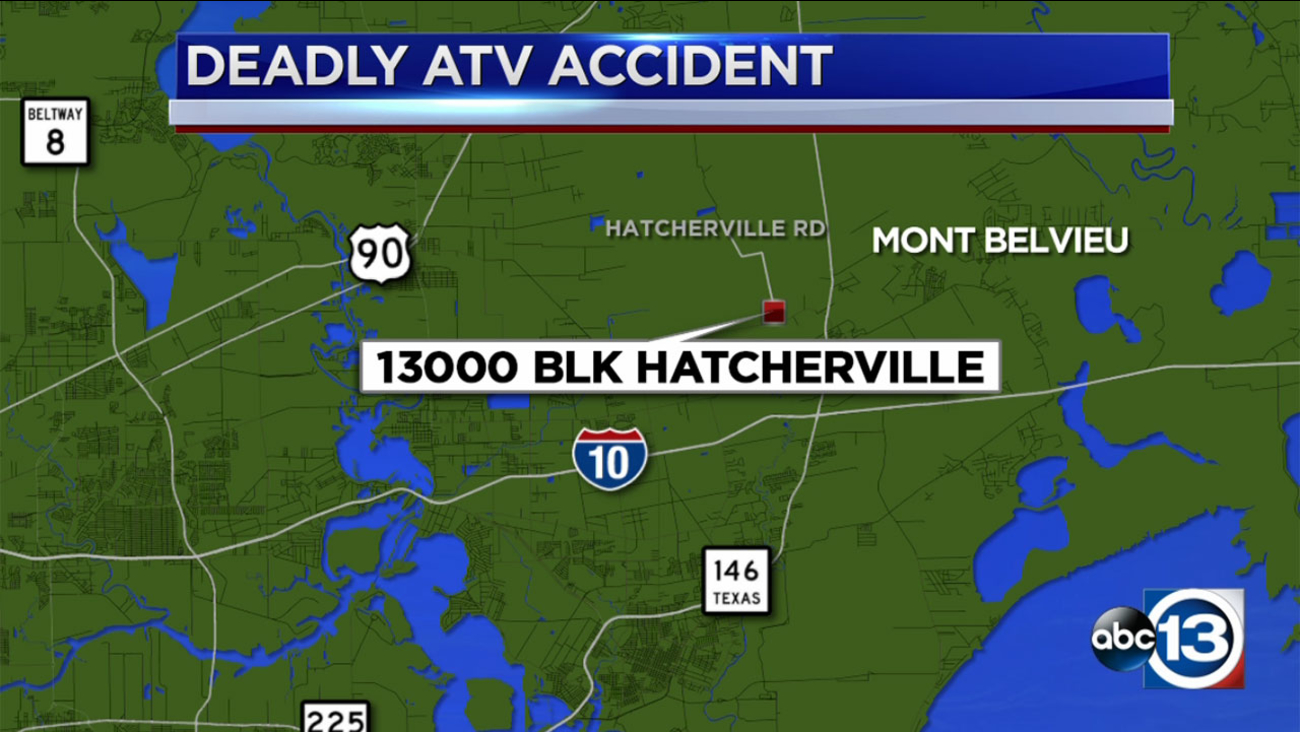 KTRK
MONT BELVIEU, TX (KTRK) -- One child is dead and another three were injured Thursday afternoon in an ATV accident in the Mont Belvieu area.

According to the Chambers County Sheriff's Office, six children -- four girls and two boys -- were riding the ATV around 4pm in the 13000 block of Hatchervill Road and it flipped over. Two children were pinned under the vehicle.

A five-year-old boy died at the scene, and a seven-year-old girl was airlifted to Memorial Hermann Hospital in critical condition.

Another two girls, one nine and the other 16, were transported to a hospital by ambulance. Both are in stable condition.

The remaining two children were not injured.