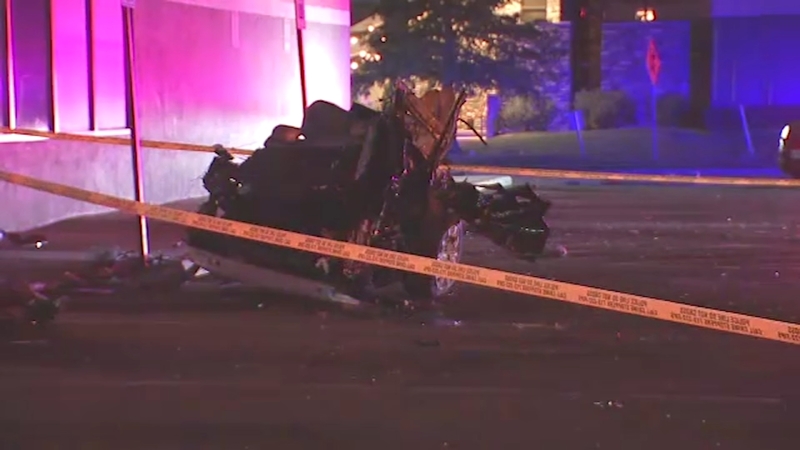 Speeding driver crashes into innocent person, ripping car in half

HOUSTON, Texas (KTRK) -- A man is in the hospital and another was arrested after a crash on Westheimer overnight that ripped a car in two.

Police say that Monday after 2 a.m., they tried to stop the driver of a Mercedes, which had two passengers inside, that was speeding and ran a red light on Westheimer, sparking a short chase.

According to Sgt. David Rose with HPD's Vehicular Crimes Division, the driver was going about 100 mph when he ran the light at Fondren. He then cut through a parking lot to try to avoid the officer, Rose said.

Once the driver was back on Westheimer at Stoney Brook, he crashed into an innocent driver in a Cadillac, ripping that vehicle in half.

The victim was taken to Memorial Hermann Hospital. He's expected to survive.

After the crash, the suspect got out of his car and jumped a fence. He was arrested and taken to Ben Taub Hospital.

He is charged with aggravated assault with a deadly weapon and evading arrest.

"That's why the (district attorney) accepted aggravated assault with a deadly weapon: speeding and disregarding the lights," Rose explained. "When you do that and strike somebody else, you can easily cause their death."

"Had it been a second before or a second after, he (the victim) probably wouldn't have gotten struck at all," Rose continued.