DEATH MAP: Most distinctive causes of death in each state 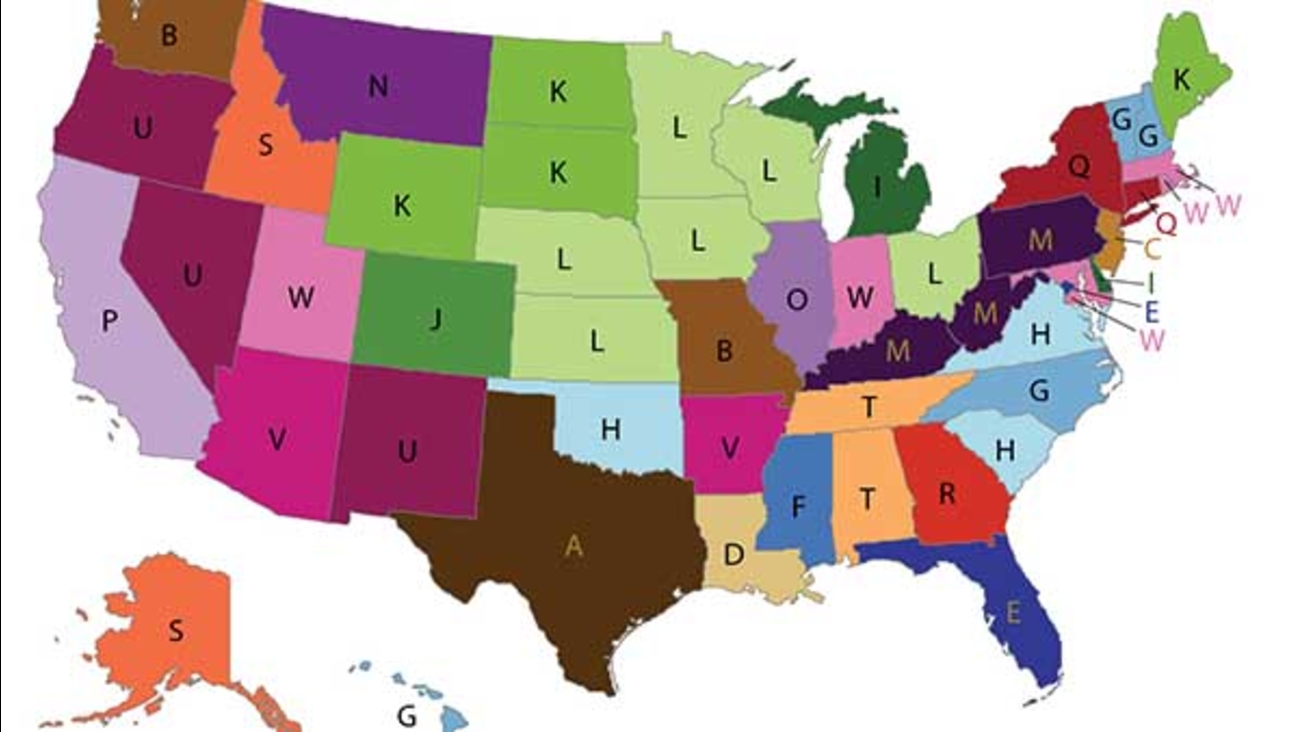 Where you live could determine how you die.

The Centers for Disease Control and Prevention have released a list of most distinct causes of death in every state in the U.S. The list shows which diseases had the most elevated impact on mortality in that state, compared to the national average.

For example, many of us know that heart disease is the leading cause of death in the U.S. But are you more at risk for heart disease in Michigan or Florida?

The data from the National Center of Chronic Disease Prevention and Health Promotion, part of the CDC, includes deaths over a 10-year period. More importantly, the study took the time to classify underlying causes of death, taking into account secondary causes that may impact a main cause of death. Protecting against these subcauses can help people survive more threatening, well-documented terminal illnesses or diseases.

The study includes 136 causes of death, including specific types of cancer, and chronicled a wide range of numbers of deaths, from 15,000 deaths from HIV in Florida to 679 deaths from tuberculosis in Texas to 22 deaths from syphilis in Louisiana. 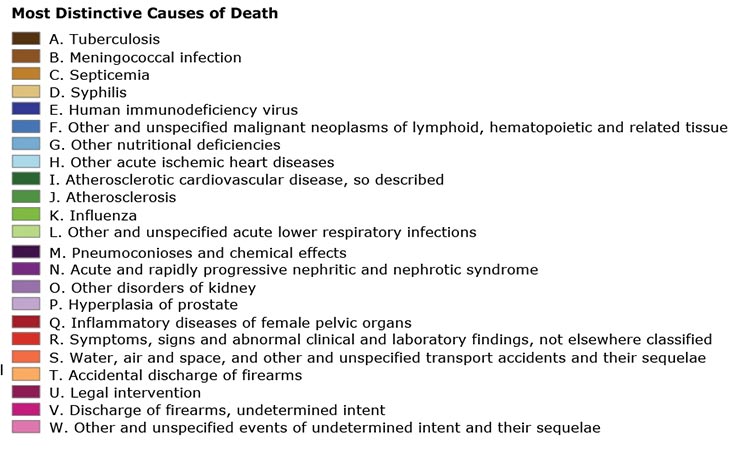 The largest number of deaths mapped was the 37,292 deaths in Michigan from "atherosclerotic cardiovascular disease" -- hardening of the arteries.

The causes of death you're most susceptible to in some of the larger states include:

The increased rates of certain types of death vary around the country. In Arizona, the most distinct cause of death is "Discharge of firearms, intent undetermined." In Oregon, the state's rate of death by "legal intervention" is higher than anywhere else in the country, likely due to the state's right-to-die law, which has allowed assisted suicide in the U.S. longer than any other state -- since 1997, before the study began. In Rhode Island and Massachusetts, death by "other and unspecified events of undetermined intent" are more common than in other states.

Yet, even an elevated cause of death in each state is not incredibly common -- the highest elevated percentage above the national average of one cause of death in any state was only 1.8 percent of deaths attributed to hardening of the arteries in Delaware. These results highlight the myriad of health problems that can undermine a person's health and mortality.
Related topics:
health & fitnessu.s. & worldcenters for disease control
Copyright © 2021 KTRK-TV. All Rights Reserved.
More Videos
From CNN Newsource affiliates
TOP STORIES