5 Diet Tweaks That Could Cut Your Diabetes Risk

ABCNews
By COLUMN BY DAVID ZINCZENKO 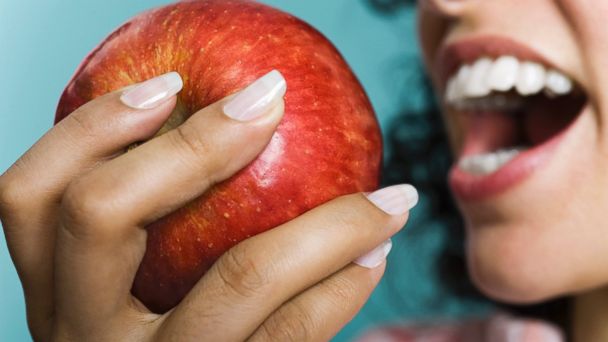 If someone you love has ever struggled with the scourge of diabetes, you know what a devastating disease it can be.

Roughly 25.8 million Americans have diabetes, according to the American Diabetes Association, and pre-diabetes -- higher than normal blood glucose levels, but not yet high enough to be diagnosed as diabetes -- affects one in three U.S. adults over the age of 20. Diabetes is a leading cause of heart disease, kidney disease and stroke, and its other complications include blindness, amputation, impotence and nerve damage.

But type 2 diabetes is a relatively preventable disease if you live a healthy lifestyle and learn to Eat It to Beat It. Several studies suggest that belly fat is most strongly correlated with risk factors such as insulin resistance, which sets the stage for the disease, and reducing belly fat through exercise and a healthy diet are the two best ways to prevent and manage the disease.

While you're at it, consider adopting these healthy dietary habits to help reduce your risk.

A recent study suggests that eating a diet rich in anti-inflammatory flavonoids, particularly anthocyanins-compounds that give fruits their red or purple color, could offer protection from type 2 diabetes.

Researchers from the University of East Anglia analyzed questionnaires and blood samples of about 2,000 people and found that those with the highest intakes of flavonoids, particularly from berries and red grapes, had lower insulin resistance and better blood glucose regulation.

A study at the University of North Carolina at Chapel Hill found that people who consumed the most magnesium in foods and from vitamin supplements (200 milligrams per 1,000 calories) were about half as likely to develop diabetes over the next 20 years as people who took in the least magnesium (100 milligrams per 1,000 calories). Large clinical trials testing the effects of magnesium on diabetes risk are needed to determine whether a causal relationship truly exists.

Researchers also found that as magnesium intake rose, levels of several markers of inflammation decreased, as did resistance to the effects of the key blood sugar-regulating hormone insulin. Higher blood levels of magnesium also were linked to a lower degree of insulin resistance.

Pumpkin seeds and dark chocolate are two of the best food sources. Pair one-quarter cup of pumpkin seeds with just one square of 70 percent chocolate, and your daily need is met!

Simply swap a glass of apple juice for a whole apple and you'll not only dodge a ton of added sugar and additives, but you may also lower your risk for diabetes, according to a study by the Harvard School of Public Health.

Researchers found that people who ate at least two servings each week of certain whole fruits -- particularly blueberries, grape, and apples -- reduced their risk for type 2 diabetes by as much as 23 percent in comparison to those who ate less than one serving per month. Conversely, those who consumed one or more servings of fruit juice each day increased their risk of developing type 2 diabetes by as much as 21 percent.

Swapping three glasses of juice a week with three servings of whole fruit was associated with a 7 percent risk reduction! The high glycemic index of fruit juice, which passes through the digestive system more rapidly than fiber-rich fruit, may explain the results.

A study of more than 60,000 women found that an acidic diet that includes more animal products and processed foods than fruit and vegetables was linked to a number of metabolic problems including a reduction in insulin sensitivity. According to the study, women with an "acid load" in the top quartile had a 56 percent increased risk of developing type 2 diabetes compared with the bottom quartile.

Give red meat the red light

Bad news for burger fans and people who love going back for seconds at the dinner table: researchers at the University of Singapore found that a small increase in red meat -- we're talking an extra half serving per day -- was associated with a 48 percent elevated risk for type 2 diabetes over the course of four years.

The good news is that you can undo some of the damage by reducing your red meat intake, albeit at a much slower rate. Reducing red meat consumption by more than half a serving per day was associated with a 14 percent lower risk during the four-year follow-up.

Dave Zinczenko, ABC News nutrition and wellness editor, is a New York Times No. 1 bestselling author. His latest book, "Eat It to Beat It," is full of food swaps, meal plans and the latest food controversies. Sign up here for his free newsletter now!