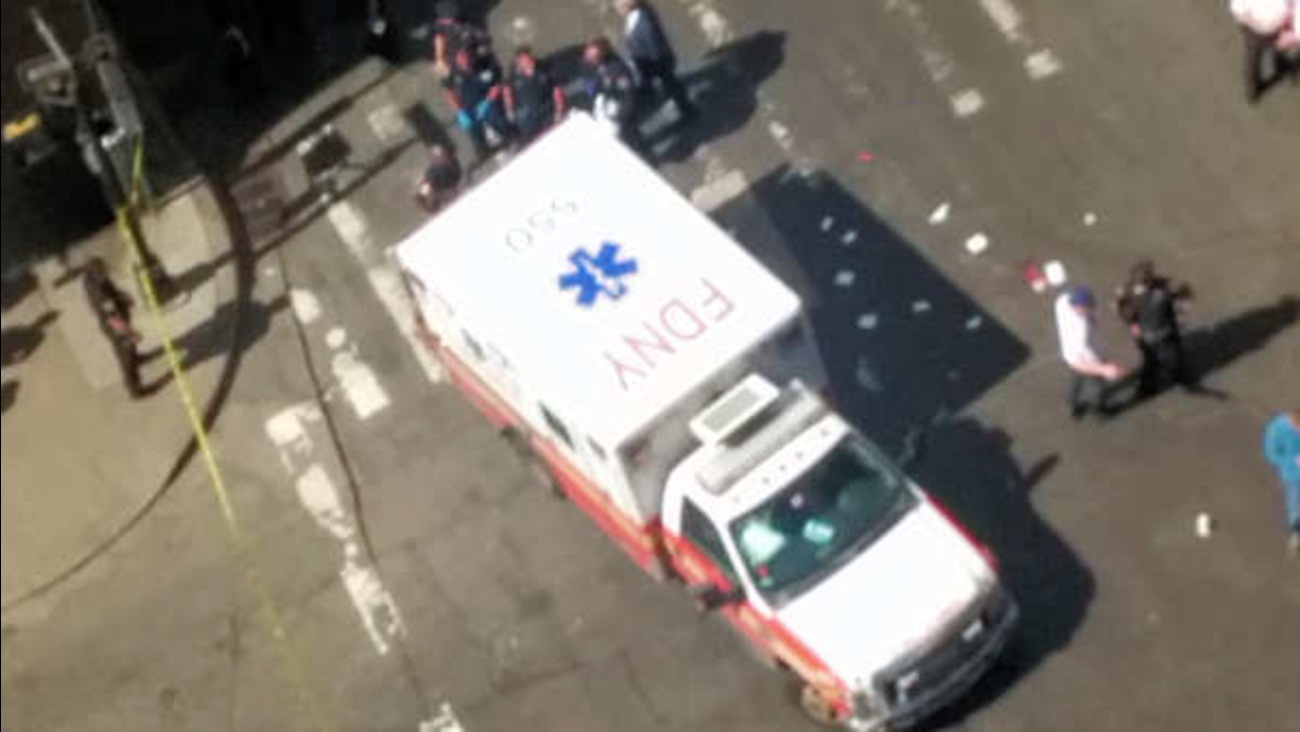 NEW YORK -- A hammer-wielding man believed responsible for a string of attacks earlier this week was wounded in police-involved shooting in Midtown Manhattan Wednesday morning.

The incident happened at 10:05 a.m. in the vicinity of 37th Street and Eighth Avenue, with police responding to a report of a man trying to hit an officer with a hammer. The suspect was shot and was taken to a local hospital.

Detectives had been searching for the 30-year-old man, staking out several known addresses. Two officers recognized him and attempted to question him, and police say that's when the man lunged at one of the officers with the hammer. The second officer then shot him.

The suspect has at least eight prior arrests and a history of psychological problems.

Detectives were able to initially identify him through facial recognition technology.

Authorities believe the man attacked four people and threatened a fifth on Monday.

Neither victim, a 28-year-old woman and a 33-year-old woman, knew the suspect who assaulted them. They were taken to an area hospital with non-life threatening injuries.

Around 7:30 p.m., the 28-year-old was sitting in the park when a man took out a hammer from a bag and struck her head. She was taken to Lenox Hill Hospital.

About 10 minutes later, the other woman, walking west on West 17th Street, was approached by the suspect from behind and struck in the back of the head.

She was taken to Lenox Hill Hospital in stable condition. The suspect fled in an unknown direction. Both victims were treated and released.

In another incident on Monday at 1:45 p.m. at Sixth Avenue and West 35th Street, a 20-year-old man said he was hit with a hammer. He was not injured, and the suspect fled the scene. According to the NYPD, the incident appears to be linked to the other two.

And a 34-year-old woman said she was punched in the head by the man on East 26th Street and Madison Avenue at 5:10 p.m. Monday.