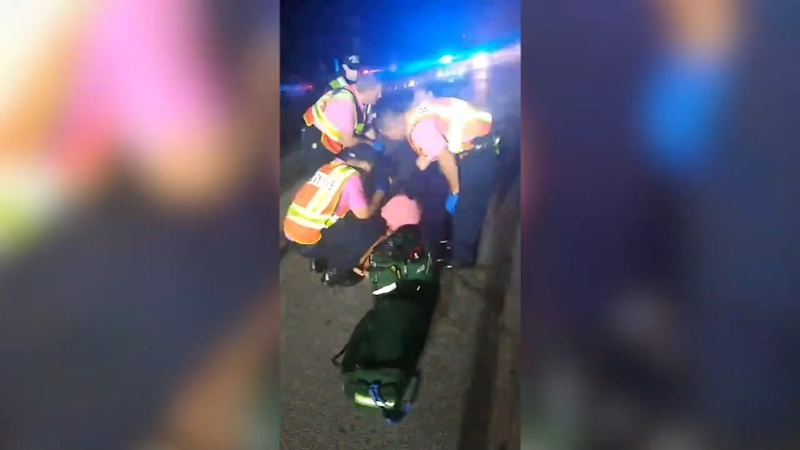 7-year-old injured after hit-and-run in Galveston

GALVESTON, Texas (KTRK) -- A 7-year-old girl is in critical condition after police say she was hit by a car in Galveston Monday night.

Officials responded to reports of a child hit near the 4300 block of Avenue P around 8 p.m.

Authorities told ABC13 they're still looking for the driver who allegedly left the scene after the crash.

Denzel Taylor told police he witnessed the crash and chased after the driver.

"I heard it and I saw it. I was coming out the front door of my cousin's apartment," Taylor said.

He said he looked down the road and saw the 7-year-old girl lying in the middle of the street.

"The driver actually slowed down, but once he realized what he did, he just took off. That's when I started following him," Taylor explained.

He said he followed the driver on his bike for about six blocks and was able to get a good description of his vehicle.

"I just patted her chest and I was talking to her. I didn't think she was breathing until she woke up and started crying," Cedric Malone said. "I was relieved and happy she was okay."

Police say they located the driver's vehicle a few blocks away, but the driver was not inside.