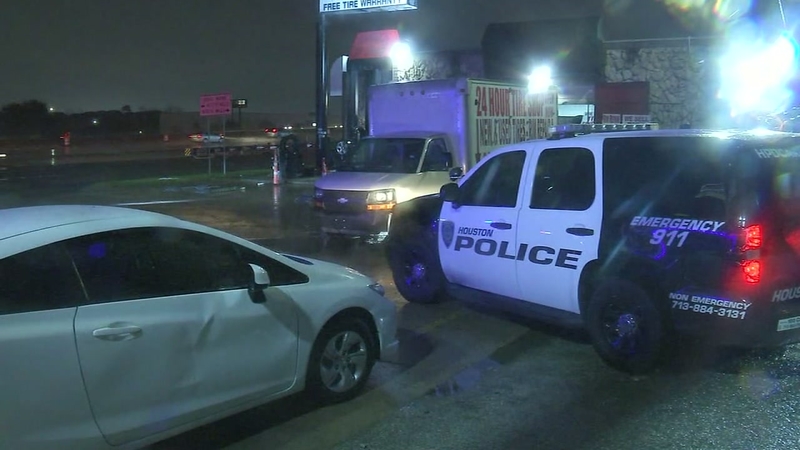 HOUSTON, Texas (KTRK) -- Police say a boy was injured during a verbal altercation over $2 between a tire shop employee and the victim's father in southwest Houston.

The incident happened just before 6 p.m. Wednesday in the 1300 block of South Loop West.

Shop owner Robert Moore tells ABC13 the victim's father stopped to get air in his tire. He says the shop's manager put the air in the tire and told the man it would cost $2.

However, he claims the customer didn't want to pay. They got into a fight and according to Moore, the customer ran over the employee's leg and dragged him.

That's when the manager allegedly shot into the customer's car.

"Once he dragged him to that point, Royce was able to get his bearings, get up off the ground, and (from) what I was told, it looked as if the customer was going in reverse to try to run over him again. At that time, he fired into the vehicle," Moore said.

The customer's 7-year-old son was in the car at the time of the shooting. He was hit by shrapnel or shattered glass, injuring the boy's arm.

His father rushed him to Texas Children's Hospital with non-life threatening injuries.
Houston police questioned the employee, who claimed self defense.

The employee was arrested and charged with aggravated assault and felon in possession of a firearm because he shouldn't have had a gun.

There's no word on if the father accused of running over the manager will face charges.