2 killed when Kia crashes under big rig on FM-1960, shearing off roof

KTRK
Two men are dead after their car went underneath the trailer of an 18-wheeler that was making a U-turn on FM-1960 Sunday night in north Harris County.

Authorities at the scene told ABC13 the 18-wheeler was heading eastbound on FM-1960 and in the process of making the U-turn to go back westbound at the same time that a Kia was in the outside lane.

According to witnesses, the Kia didn't have headlights on and ended up going underneath the 18-wheeler's trailer, shearing off the roof of the car.

The two men in the Kia died at the scene.

Deputies said the Kia's driver may have been drunk.

"With there being open containers inside the vehicle, and the vehicle was traveling with no traffic lights on, that's normally a clue that someone may be intoxicated," said HCSO Sgt. Dashana Creek.

The 18-wheeler driver stayed at the scene and is cooperating with the investigation. 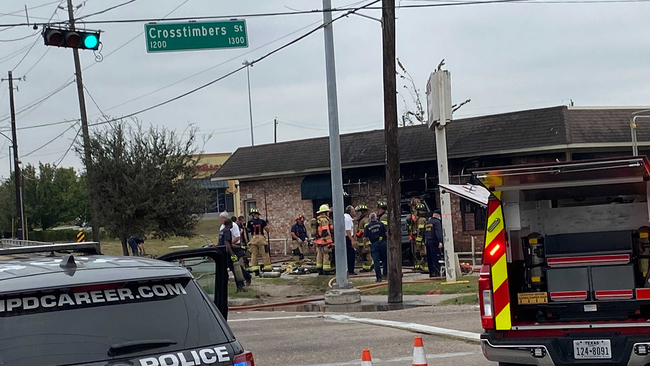