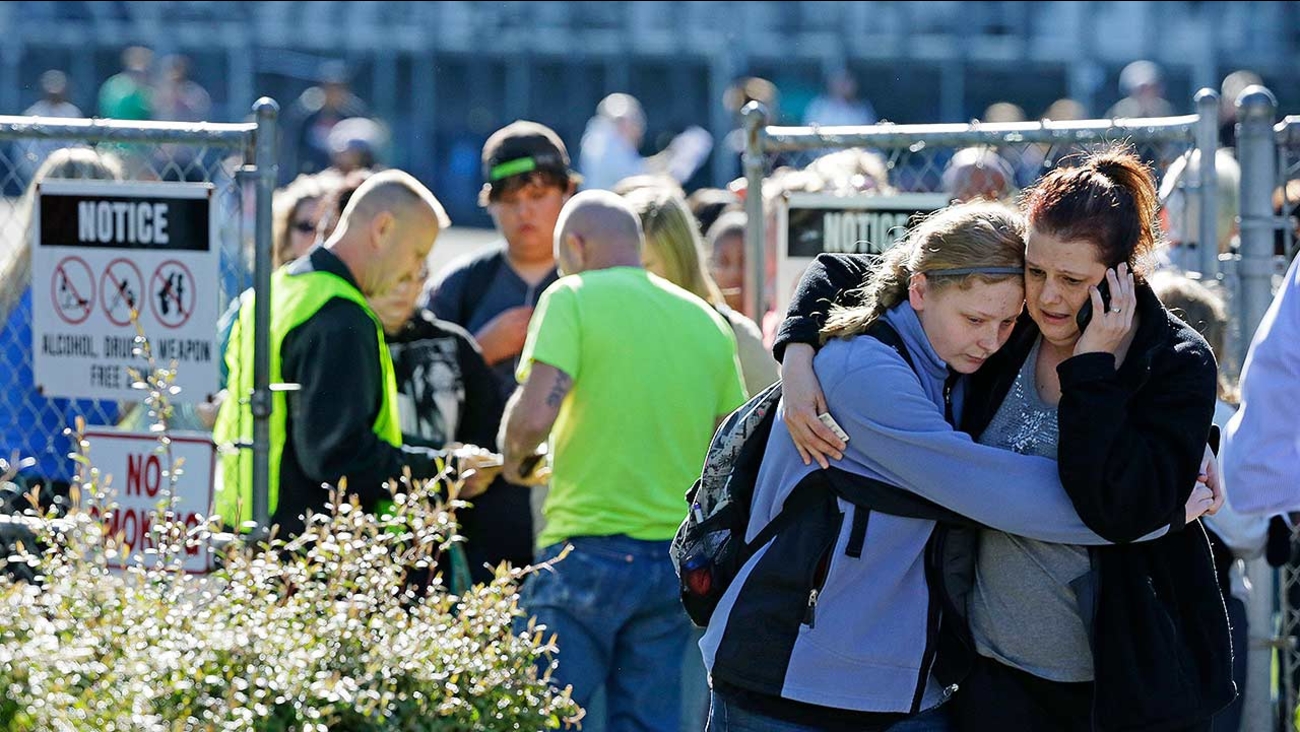 Parents and students walk away from an area at North Thurston High School Monday, April 27, 2015, where students were released to their parents after a shooting at the school (AP Photo/Ted S. Warren)