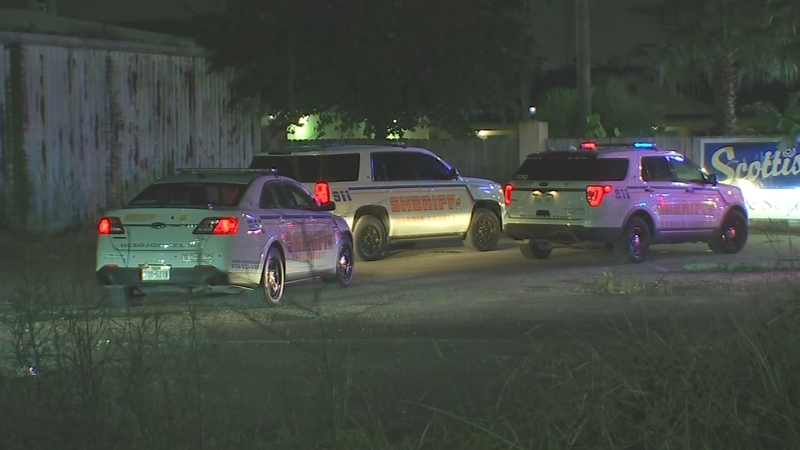 CHANNELVIEW, Texas (KTRK) -- A 15-year-old boy may have been playing with a gun when he shot his 16-year-old sister in the arm at a hotel in Channelview, deputies said.

It happened around 10 p.m. Monday inside a hotel room along the East Freeway near Sheldon.

According to the Harris County Sheriff's Office, the boy had the gun when it went off and fired a shot into his sister's arm. She was taken to the hospital with non-life-threatening injuries.

Deputies said the shooting appeared to be accidental.

While it's early in the investigation, officials said its family violence unit will take over to determine if charges would be filed.

Both siblings were listed as runaways.
Report a correction or typo
Related topics:
harris countyshootingteen shot
Copyright © 2021 KTRK-TV. All Rights Reserved.
TOP STORIES
Sisters walking to their car say they were hit by driver Saturday
No charges for 4 former officers who shot at unarmed man 21 times
Judge gives insight on the confines most face when setting bonds
Man accused in road rage shooting after Astros game appears in court
How do Houston's homicide numbers stack up with big US cities
1 killed after car crashes into tree in SW Houston, HPD says
Two wet weather systems rain on Texas this week
Show More
Here's how officials determine which migrants will stay in the US
Houston says final goodbye to HPD officer killed while serving warrant
Former Houston police chief Acevedo now at risk of losing Miami job
R. Kelly found guilty on all counts in sex trafficking trial in NYC
Teen intended to 'smoke' cyclists, but plowed into them instead
More TOP STORIES News