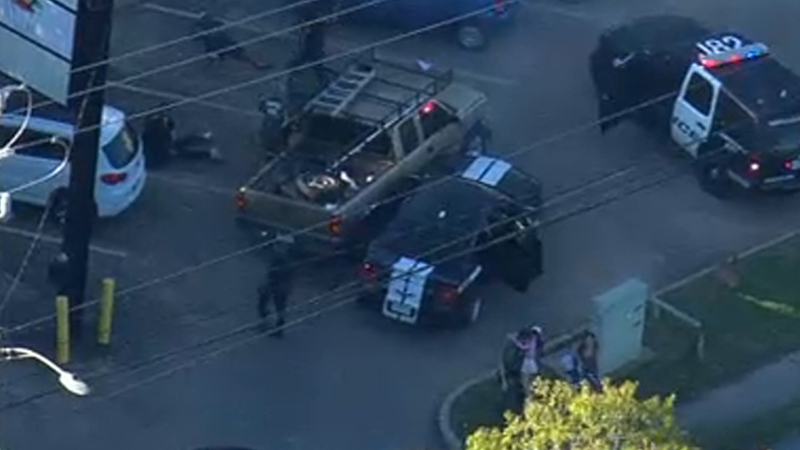 HOUSTON, Texas (KTRK) -- A winding police chase ended when a driver in a pickup crashed into an innocent driver's vehicle on S. Wayside Drive. The family in the other vehicle included two children, a 2-month-old and an 8-year-old. They were not seriously injured.

A mother and 2 children escaped unharmed after chase suspect slams into their car.