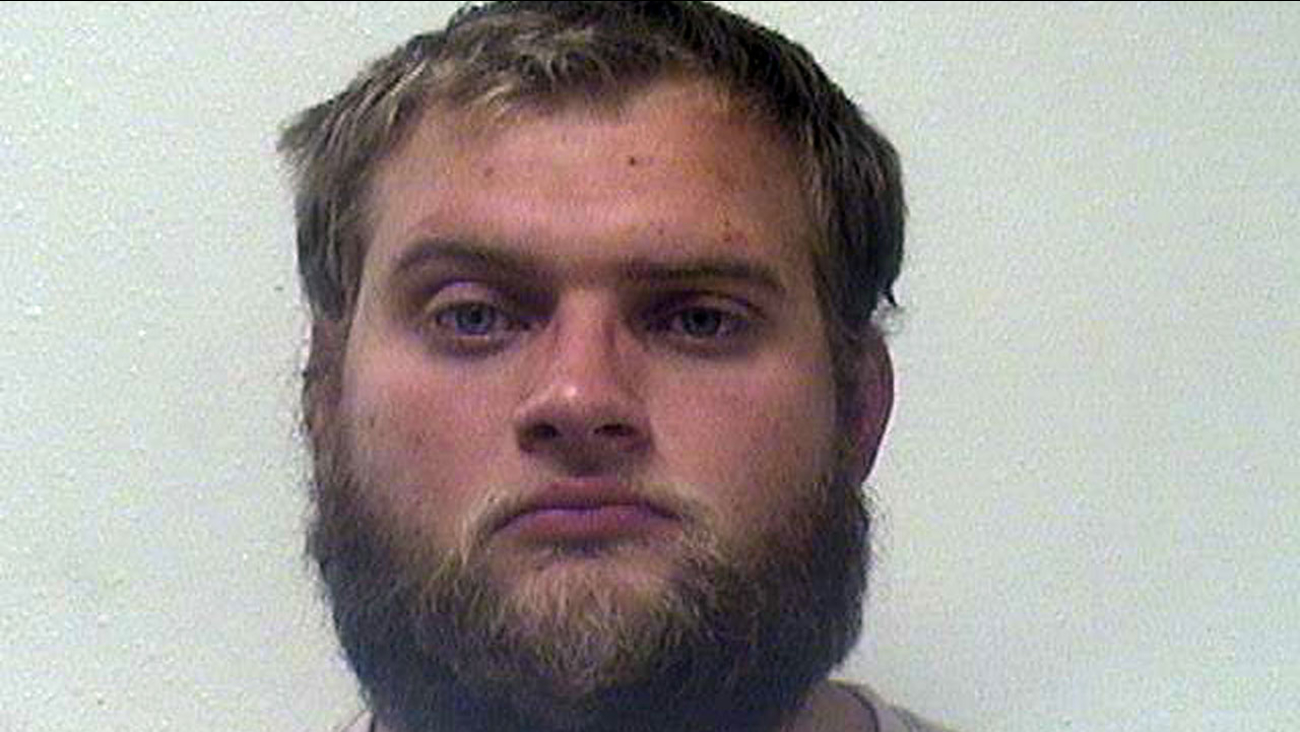 Derek Skyler Brux, who pleaded guilty to a federal charge in connection with taking two locomotives from a coal mine and crashing them into another train last fall. (AP Photo/Campbell County Sheriff's Office)

CHEYENNE, WY -- A Wyoming man who stole a train from a coal mine and took it for a joyride because he was mad at his boss was sentenced Friday to serve probation and pay restitution.

Derek Skyler Brux, 22, will be on supervised release for five years and pay over $63,000 to his employer, Rail Link, after unhitching a pair of engines last fall and speeding down a major rail line in the northeast part of the state.

He crashed into a train at another mine after a short run, then backed up his locomotives and rammed it again.

A miner stopped him by hitting an emergency fuel cutoff switch, and Brux was arrested a short time later.

Brux pleaded guilty in January to a federal charge of "committing violence against railroad carriers," which is known in law enforcement circles as the "train wreck statute." It can carry a maximum penalty of 20 years in prison and a $250,000 fine.

The October incident began when Brux received a call from his supervisor at the North Antelope Rochelle Mine, about 65 miles south of Gillette, which he said "sent me over the deep end."

BNSF supervisor Michael Spurlock testified by telephone that only luck prevented Brux's actions from causing a catastrophe. If switches on the mainline had been set a different way, the locomotives could have run into workers, he said. "This is at the very top of the list of things that could go wrong," Spurlock said. "And it's mind-boggling that somebody would do it intentionally."

Brux apologized in court. "Something could have happened, and I look at that every day," he said. "And I wish I could take it back. That's all I have to say."