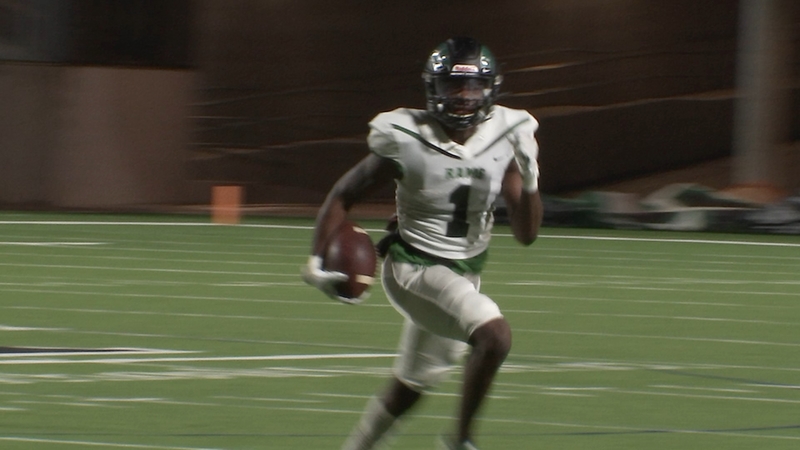 HOUSTON, Texas (KTRK) -- A football star who played for Mayde Creek High School is accused of robbing three people at gunpoint and then opening fire at them as they tried to get away.

Court documents state the robbery happened on Aug. 22 in the Reserve By The Lake Apartment complex in west Houston.

Police said that Jones and two others approached three men in a Ford Mustang, pulled out firearms and pointed them at the victims.

The driver of the Mustang sped off as Jones and the other suspects opened fire. The suspects continued to shoot while chasing the victim's vehicle down the road, according to court documents.

The victims were able to get away from the suspects in a residential neighborhood and called police.

Police said one of the victims identified Jones because they both attended an alternative Katy ISD school.

Court documents allege that investigators retrieved dash cam video from the victims and identified Jones as one of the suspects.

A Twitter account that appears to belong to the teen tweeted over the summer about receiving the scholarship offer from TSU. The university's athletics department confirmed with ABC13 that the offer was made, but he was never signed.