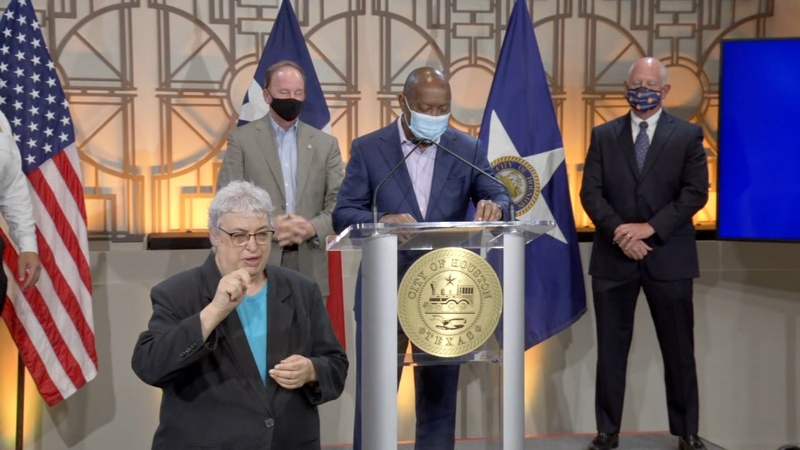 HOUSTON, Texas (KTRK) -- Texas allowing some businesses to expand capacity to 75% shouldn't be seen as a return to normalcy and a declaration of victory, Mayor Sylvester Turner sternly reminded Houstonians on Thursday.

Turner repeated his point that reopenings should be made with caution as opposed to what he viewed as aggressive.

"We have come too far from reopening the first time," said Turner during one of his more serious virus briefings of the pandemic. "Far too many people have lost their lives."

PREVIOUS STORY: Houston mayor on reopenings: Texas 'about to repeat its mistake'

To that point, Turner announced the city is two coronavirus deaths away from 1,000 total. In addition, Houston surpassed 70,000 COVID-19 cases since the outbreak began in earnest back in March.

"The mission has not been accomplished," Turner continued. "The reality is the virus does not care."

Under Abbott's guidelines, businesses, including retail stores, restaurants, and gyms, are allowed to expand capacity from the previous 50% limit.

Using hospitalizations as the primary metric in his COVID-19 decisions going forward, the governor said the expansion applies to 19 of the 22 hospital regions in the state where coronavirus patients make up fewer than 15% of all hospitalizations. Bars remain shut down, Abbott added.

The metric that Turner has repeated in recent weeks is the city's positivity rate, which Turner wants lowered below 5%. While the current 6.1% marks strides by the city, Turner and his public health director, Dr. David Persse, offered New York City's 1% rate as the goal to strive for.

"We have been here before," Turner added, referring to the virus spikes from the early summer reopenings. "But those numbers shot up dramatically, and those results were horrendous."